WAITING ON WEDNESDAY #27: In This Moment by Autumn Doughton 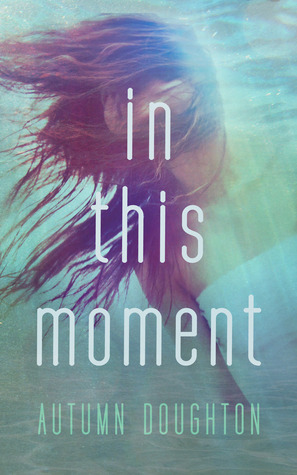 Every moment possesses its own kind of magic...Aimee Spencer learned the hard way that for some moments, there are no take-backs, no rewinds, no do-overs. A year ago her world imploded and Aimee has been running ever since. She doesn't want to feel. She doesn't want to remember. To bury the ghosts that haunt her, she is living a life that has become unrecognizable. Cole Everly is a golden boy with a cocky smile and an attitude to match. He's grown accustomed to girls throwing themselves at his feet but when Aimee trips and literally lands in his lap one afternoon, she's not at all what he expects. Difficult, damaged, closed-off. If Cole needed to make a list of qualities to avoid in a girl, Aimee would probably match up with every single one of them. He knows that he should stay away but he's drawn to her in a way that he can't exactly explain.In this honest and absorbing story, Aimee and Cole struggle to sort out the thin spaces between loss and love. Ultimately, they will need to learn how to navigate through the pieces of the past if they want to hold on to the future and each other.

Every moment possesses its own kind of magic... I love that line!!!
I haven't read anything by Autumn Doughton as yet and I figure this is a great book to start with.
What book are you patiently waiting for the release of?