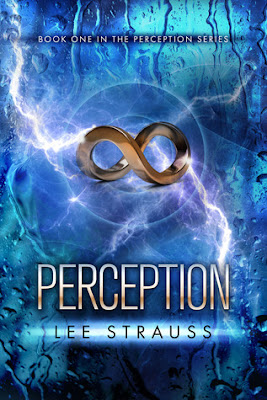 Eternal Life is To Die For.Seventeen year old Zoe Vanderveen is a GAP—a genetically altered person. She lives in the security of a walled city on prime water-front property along-side other equally beautiful people with extended life spans.Her brother Liam is missing.Noah Brody is a natural who lives on the outside. He leads protests against the GAPs and detests the widening chasm they’ve created between those who have and those who don’t. He doesn’t like girls like Zoe and he has good reason not to like her specifically.Zoe’s carefree life takes a traumatic turn. She’s in trouble and it turns out that Noah, the last guy on earth she should trust, is the only one who can help her.PERCEPTION is a (SF/mystery/romance) Young Adult novel that takes place in the not-too-distant future in a world changed by climate extremes, natural disasters and impending wars, and where scientific breakthroughs cause class divisions—both financially and philosophically. It explores the clash between faith and science and how differences can separate us as enemies or ally us together. And in some cases, even in the midst of betrayal and personal crisis, there’s room to fall in love.

Review:
To me this book is 4 stars. The characters were loveable and the storyline was easy to follow. You had the right amount of love and angst to keep the reader interested. Zoe was a GAP and Noah was a normal. They came from different worlds yet they were just separated by a wall. GAPS had everything and lived longer with all the benefits while the normals were poorer and still got sick. Noah helps Zoe when her brother is killed and she feels too many people are hiding the truth of his death. They discover a whole world of tangled lies and put themselves in great danger to find the truth. You receive the answers to Zoe's quest but I felt the book just ended. There were more questions left unanswered. This book is the first instalment so hopefully my questions will be answered within the next instalment. I would have liked to know if Zoe and Noah could ever tell their secrets and get the proper people involved stopped. Another question left unanswered was how deep involved Zoe's parents were in the plot. The world created sounded good and most importantly believable. The book was well written, the story flowed very well. My only objection was with the end. The ending wasn't to my liking. One minute I'm in their world following Zoe and Noah and the next it was the dreaded two words known to all readers. The end. It was too sudden.

Reviewed by Charmaine for YA Book Addict