I'm really excited to be able to share the cover for Emi Gayle's Perry Road. If you haven't read anything by Emi yet, you really should. Her writing is awesome!!! 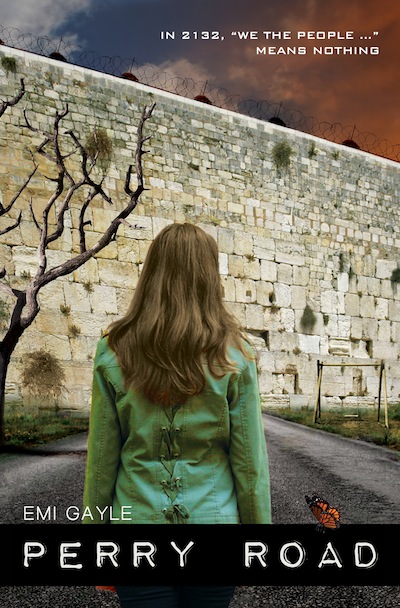 In 2132, “We the people …” means nothing, and it hasn’t for a hundred years.
Like all the citizens of the American Union, eighteen-year-old Erianna Keating is not to ask questions. She is not to believe anything except what the A.U. tells her. More importantly, she’s not supposed to know what she doesn’t know, nor that she’s a pawn.

Or is she? Are they?

Erianna thinks going to Perry Road and joining the national registration program is her next step toward adulthood; the 2132 candidates for adult-classification, though, are in for a big surprise. Especially Erianna.

Thanks to Zane Warren, an awkward but hot guy who won’t shut up about a history that doesn’t—or
shouldn’t—matter anymore, Erianna will know. Will learn. That includes finding out what actually happens after registration and doing something, anything, about it.

Fixing what went wrong, what caused the U.S.A. to split into two countries, though, is not on Erianna’s bucket list, but as she faces her future, she must decide whether to fall in line with the American Union’s plan for her, or to consider that Zane might not be wrong, and the time for revolution begins now. 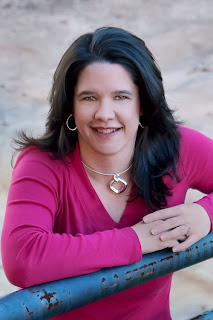 Author Bio:
I had a really great bio in my head around midnight one night …. right before I fell asleep and it disappeared into the nothingness of unconsciousness. Bummer. So here’s something less well thought out.

I want to be young again, so I’m kinda sorta living it again. At least on paper. You see, I write paranormal romance. Now, that stuff can get really hot, and really gritty and well … mine does. But! My characters are teenagers, 18 and under. Like I was once … and want to be again.

Why would I want to be a teenager again? Geez. Because! If you met the man of your dreams at 14 was engaged to him at 19 and married him at 20, wouldn’t YOU want to do all that over again? Especially if you were still in love with him? I mean, c’mon! It’s love! That’s why I write, too.

You see… just because you pass a certain age doesn’t mean you forget what it was like to be 14, 15, etc. Actually, because I kinda grew up with my husband, we both still feel like the 14 and 17 year old kids we once were. So that’s where I’m coming from. You might think it’s totally lame, but you know what? That’s ok! Maybe you’ll like my other me instead.