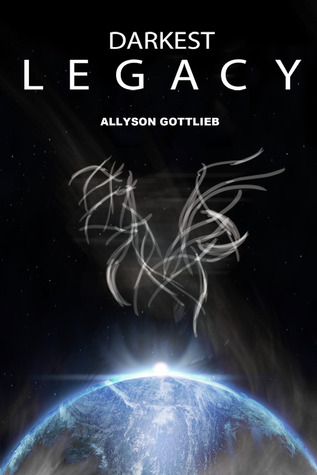 Everyone has secrets they'd prefer stayed buried. But information wants to be free... and so does Tamara Kingsley's ex-lover, incarcerated on the maximum-security prison planet, Alpha.

Tamara has done things she's not proud of, but that was years ago. Now the headmistress of the Silvermist School of Magic for Girls, she has an honest life, one that makes her happy. For the last twenty years she's fought like hell to keep it that way, and she thought she'd succeeded.

She's about to find out just how wrong she was to think her past was dead and gone.


"Where would society be if no one had ever fought back against unjust rule? Someone had to say 'Enough' and do something about it. And they were called heroes, because history is written by the victors."

Tamara Kingsley has spent the last twenty years trying to make up for what she perceives as bad choices she made when she was much younger and in love with her boyfriend Valentine. Valentine has spent all that time locked away on the prison planet Alpha. Now the headmistress of a magic school for girls, Tamara learns that Valentine has managed to escape and she has no doubt that he will come after her for vengeance in the part that she played in him being sent to prison.

Darkest Legacy is just novella sized in length but it manages to fit a whole lot of punch into it's pages. It's told in the voice of Tamara, switching between present time with glimpses back into the past to fill us in on the events which lead to Valentine being sent to prison.

This is not a story brimming with characters so it really allows you to get a feel for the ones we do get to meet. At first Tamara came across as quite timid and reserved, but when she needed to she really showed that she has backbone. And while Valentine was a loner, he definitely had some charisma about him although there was something about him that seemed to be a little off. And didn't that prove to be right!!

Allyson Gottlieb's Dark Legacy is engaging and really well written. It has a great pace to it and builds up steadily to the climax which definitely didn't go the way I was expecting. The only negative, if I could even call it that, is that I would have liked something to state if I was reading in the past or the present, although it was easy enough to work out once I had read a few sentences of each section.

Dark Legacy was a great read and I really look forward to reading the next book Darkest Shadows which will fill us in on what occurred in those missing twenty years from this book.