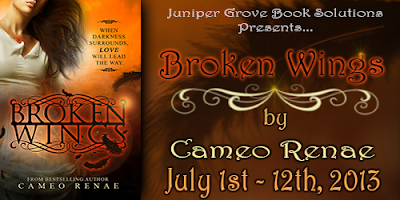 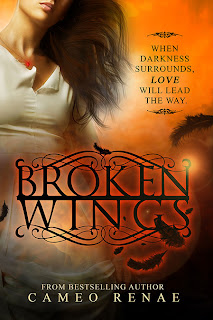 Synopsis:
Emma’s world is falling apart, and Kade, the only one who seems to hold her together, is missing. With death lingering right outside their door, decisions must be made before it’s too late.

The Midway has refused to send help, so they are left to seek out the only other who can stop Lucian.

A perilous quest sends Emma and a few Guardians into the Underworld, where the unimaginable abide, to beseech the Prince of Darkness himself. Lucifer.

Now, they must endure the deadly levels of Hell, which not one … mortal or immortal … has ever survived.

Prepare for love, loss, and the unexpected.

My life was no longer my own. I was one, out of how many other innocents, who were being hunted and killed for selfish, stupid reasons, and all because of one, idiotic Fallen Angel named Lucian.

Argh, Cameo Renae!!! Talk about throwing a spanner in the works!!! Why, oh why!!! I'm torn. I'm so damn torn!!! I actually like this new character you've introduced and I really don't want to. But he's so sweet and protective and my mind keeps telling me no, but my heart can't help but like him.

Emma and her group of Guardians are on a quest. But this isn't just any average old quest. No. They are on a mission to travel through the five levels of hell until they reach Lucifer and then they have to convince him to help them. Easy right? As they travel through each level they will need stamina, endurance and a toughness like never before as they are faced with all types of obstacles and an array of evil beasts that they must fight in order to pass through to the next level.

I had about thirty percent of the book left to read and had a train trip to look forward to so I took my Kindle along with me. Bad move!!! One minute I'm all fist pumping at how epic and awesome Emma and the guardians are and the next minute I'm beyond shocked and can't believe what I've just read, so I go back for a reread like the words are going to be different the second time around. But no, it's exactly what it says!! So then I'm all teary and desperately trying to contain myself so that I don't end up looking like a crazy woman for everyone to see.

Emma has gone through the most amazing growth and transformation by the time we reach the end of the book. She has her moments of uncertainty and vulnerability but then she takes a deep breath and sucks it up and gets on with what needs to be done. Her strength and determination will be tested at every turn but she faces all the challenges thrown at her head on.

I knew deep inside, that it was fate that brought us together. I felt right, complete, and perfect whenever Kade was around me. He made my world a better place to be, whenever he was near.

Kade, oh how I love Kade. The things that he will willingly endure to protect Emma was mind blowing and so completely selfless. He just has that something that makes me smile and get all swoony over him. If I'm being honest, I would have loved more of him throughout the book because for the second half of the book we don't really get a whole lot of time with him.

As for the other characters, I said it in book one and I will say it again... They have this amazing banter between them. They are quick witted and fun and play off each other perfectly. But a special mention to Dom. He is made of awesome!! And I mentioned a new character earlier. We've only had a small snippet of Ethon but already I really like him. With the introduction of him into the story we have some interesting times ahead I think.

The author took this series to a whole new level in this book. Spectacular writing, epic storyline and amazing characters make for one incredible read!! 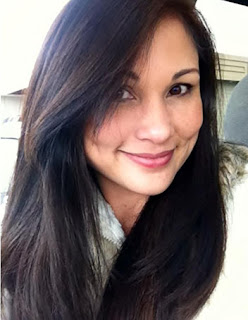 About the Author:
Cameo Renae was born in San Francisco, CA, raised in Maui, Hawaii, and recently moved with her husband and children to Alaska.

She loved reading from as long as she can remember, and it was C.S. Lewis' - Chronicles of Narnia – which sparked a fire in her soul and made her want to create her own wondrous, magical worlds and characters to go on adventures with.

Her published books are In My Dreams (A YA Paranormal Romance
Thriller), Hidden Wings (Book  #1 in the HW Series), Descent
(A HW Series Novella) and Broken Wings (Book #2 in HW Series).

One day she hopes to find her own magic wardrobe, and ride away on her magical unicorn... until then... she'll keep writing!

Giveaway Details:
There is a tour wide giveaway. Prizes include the following:
Giveaway is International.


You can follow along with the rest of the tour HERE
Posted by YA Book Addict at 5:30 PM