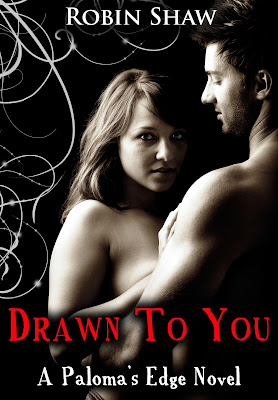 Bethany Pruitt has been judged for her mother's actions ever since she could remember. When she returns from college in Miami to Frankin Parks, her hometown, for the summer, she doesn't expect to find the only home she's known to be motherless and empty. By another turn of events, she decides to accept an invitation from her uncle to stay at Paloma's Edge, Florida.

Chase Lovell lives for the present and doesn't think about much else. When he goes to see his coach for a meeting, a female standing at the end of a long bus line at his college sparks his interest and earns his respect. Intent on approaching her, he misses his chance, and assumes that he'll never see her again. When Pierce, his best friend, asks him to pick up his cousin, Bethany, from Franklin Parks and drive her to Paloma's Edge, he can't deny that she is the person he's been drawn to.

But will Chase do whatever it takes to keep the girl he's found again?

I thought that I’d heard someone knocking on my door last night. When I’d finally put on my nightgown, no one had been there. I must have been disoriented from not getting a good night’s sleep for the past few days.

I jolted at the soft knock and movement the doorknob on my door. I couldn’t have been going crazy this time. When I opened the door, Chase was standing in front of me in a white t-shirt and pressed black pants and shoes. It didn’t occur to me that we should talk on more neutral ground. I already trusted him and I couldn’t explain why and it scared me a little. Anticipation coiled low in my belly.

Chase’s hands landed on my shoulders. The force of his touch made my back lean against the door, shutting it closed. A faint line marred his brows as he studied me. Greeting him with an open smile, his features smoothed out.

“I knocked on your door last night.”

At the party last night, Cassidy had asked me if I’d be fine if Rylan drove me here. Since I hadn’t wanted to ruin her night, I’d told her that it was cool.

Sighing deeply, I watched as his beautiful hazel eyes swept over my collarbone and drifted down towards my breasts and back to my face hungrily. I never wanted that look to go away.

“I knocked for twenty minutes. I didn’t know if you’d fallen asleep or if you were ignoring me.”

Shaking my head “no”, I moved away from the door and sank down on the bottom of my bed. He joined me, his arm touching mine. The scent of soap and a light aftershave washed over me.

“Did anything happen last night?”

I frowned at his question. “Not at all.”

He blew out a sigh of relief. “Take out your cell phone and put in your password.” His tone was gentle and commanding at the same time.

I retrieved my phone from the side pocket of my nightgown and handed it to him after I unlocked it.

Smiling, I watched as he entered his number into my phone. I heard chirruping and realized that he called himself from my phone.

“Don’t worry. You’re gonna have a better ringtone than that.” He chuckled and stood up. “We need to be able to get ahold of each other. I forgot to exchange numbers with you yesterday. I put in Pierce’s and Nancy’s numbers too.”

I tilted my head in agreement. Being alone with Chase in my guestroom was like sampling a treat instead of consuming it in one bite. He stroked his knuckles along my jaw and his voice softened. “I gotta go to the work. I’ll see you later, though, okay?”

I shivered and he dropped his hand from my face. Chase had the firmest ass I’d ever seen. And that was the only positive about his departure. Was any part of him not firm?


Author Bio:
Robin Shaw is an independent author who lives in NYC. She is an animal lover and a food enthusiast. After completing her undergraduate education, she entered the mental health field. She also obtained her MS degree. She is consumed by bringing her characters' stories to life. Drawn To You is the first book in the Paloma's Edge companion series.