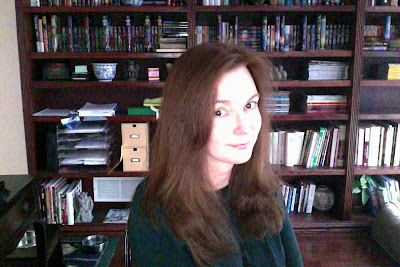 
Writer of urban fantasy, the paranormal, and all things eerie and curious.
Michelle has always loved storytelling. When she was a child, her favorite stories were of monsters and things that lurked in the dark. Telling stories often frightened her classmates and got her into a lot of trouble with her teachers. They had no sense of humor.
As an adult, Michelle traded her love of writing for the corporate life where she was an IT professional. Today, she’s doing what she loves best – writing and storytelling.
Michelle grew up in Chicago, but currently lives in NE Georgia with her husband and their two dogs, one of which is a Beezlepup. She loves scary books, funny movies, sports cars, dogs, chocolate, old cemeteries, and changes of season. Michelle even loves photography. One day, maybe she’ll upload a better photo – one that wasn’t taken in late afternoon with Photobooth. Or, maybe not.
Michelle writes on a Mac and is a true geek at heart. She agrees with her dogs who think cheese and bacon should be in their own food group. But most of all, she believes everyone should trust their imagination, have a kind heart, and should definitely have a sense of humor.
CONNECT WITH MICHELLE: Blog l Twitter l Facebook 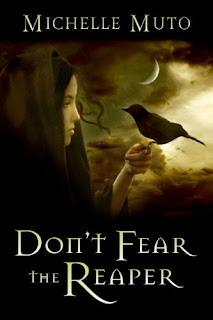 Book 1 of the Netherworld seriesGrief-stricken by the murder of her twin, Keely Morrison is convinced suicide is her ticket to eternal peace and a chance to reunite with her sister. When Keely succeeds in taking her own life, she discovers death isn’t at all what she expected. Instead, she’s trapped in a netherworld on Earth and her only hope for reconnecting with her sister and navigating the afterlife is a bounty-hunting reaper and a sardonic, possibly unscrupulous, demon. But when the demon offers Keely her greatest temptation—revenge on her sister’s murderer—she must uncover his motives and determine who she can trust. Because, as Keely soon learns, both reaper and demon are keeping secrets and she fears the worst is true—that her every decision will change how, and with whom, she spends eternity. 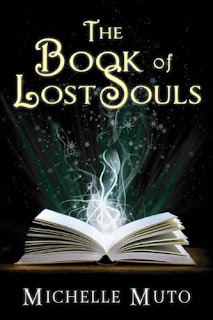 When teen witch Ivy MacTavish changes a lizard into her date for a Halloween dance, everything turns to chaos. And when no one is powerful enough to transform him back except Ivy, it sparks the rumor: Like father, like daughter. Ivy has heard it all before - that her father, who left when she was seven - was involved with the darkest of magic.Making the rumors worse, someone uses an evil spell book to bring back two of history's most nefarious killers. Ivy's got a simple plan to set things right: find the real dark spell caster, steal the book, and reverse the spell. No problem! But she'll have to deal with something more dangerous than murderous spirits that want her and her friends dead: the school's resident bad boy and hotter-than-brimstone demon, Nick Marcelli. Nick's offering Ivy more than his help with recovering the missing book - he's offering her a way to ditch her scaly reputation as a lizard-lover. Demons are about as hard to handle as black magic, and as Ivy soon discovers, it's going to take more than a lot of luck and a little charm if she wants to survive long enough to clear her status as a dark witch, get a warm-blooded boyfriend, and have her former date back to eating meal worms before the week's end.
CHECK OUT MICHELLE'S BOOKS HERE: Goodreads l Amazon l Barnes & Noble l Smashwords

I love to read Young Adult. I think the stories just go in directions that are so different from my adult life.

His name is Declan, and you haven’t read about him... yet. But you will. I usually know all about my characters. Except him. He’s the only one who’s been able to keep secrets from me & I don’t know if he’ll ever reveal them all. He debuts in a book later this fall.

After grumbling something incoherent to the dogs as I feed them and let them out and hubby is at work, I read emails, check stats, do a little social media time. Then, I spend time either plotting or writing until lunch, often followed by more writing or rewriting after lunch. I try not to write when I’m spending time with hubby and the dogs, but a writer is always writing, even in their heads.


a Rafflecopter giveaway
Posted by YA Book Addict at 12:30 PM