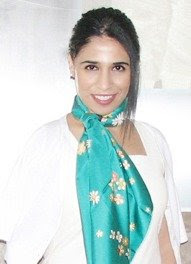 Imogen Rose is the author of the bestselling series, Portal Chronicles, which has attained cult status within indie literature and become a favorite among teens and adults alike. An immunologist by profession, Dr. Rose published her first work of fiction in 2010. She now writes full time and is currently working on her second teen series, Bonfire Chronicles. Imogen was born in Sweden and has lived in several places, counting London among her favorites. She moved to New Jersey in 2001. A self-confessed Hermès addict, Imogen freely admits to being obsessed with Kurt Cobain. She enjoys shopping, traveling, watching movies, and hanging out with her family, friends, and Chihuahua. 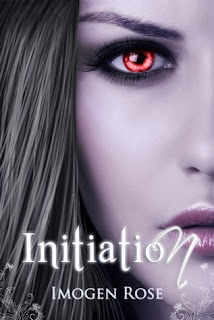 Set in the foothills of the alpine mountains in St.Moritz, this exclusive private school caters to a special kind of student. Enter at your own risk... but if you are human, you may not want to enter at all.

WARNING: This YA story is set in a school for paranormals who are very different from normal human teens. Thus, the language and some scenes might not be appropriate for younger YA readers. Recommended for those sixteen and above.


Check out Imogen's other books on Goodreads

An Excerpt from Initiation

“Well, Cordelia, are you glad to be back?”

“Ah, straight to the point.” His eyes narrowed into slits. “Very plucky. Most would have the sense to be more fearful and not ask questions,” he growled softly.

I held my breath, controlling my instincts. A snarl was always a signal for me to transform. But, I held back, on full alert.

“I was told that about you. And that’s one of the reasons you’re here. You’ve been appointed as a mentor.”

It was my turn to smirk. I got to my feet. “I can’t be appointed anything. Thanks for thinking of me, though. I guess it’s some kind of honor. But, no thanks.” I made my way to the door.

And crashed right into Jagger’s chest. I should have anticipated his move; lightning-fast location transfer was something covered in the first semester. I clumsily stepped back, then met his darkened gaze.

He lowered his head, brushing his nose along my neckline, breathing me in. I stood dead still, letting my fingers fuse. I shivered as his lips found my right ear, his every breath forming icicles against my skin. Then, he touched my fused fingers.

I boiled over with anger. Who the fuck did he think I was? Some silly human girl who’d melt under his pathetic attempt at intimidation? Not so.

“Step back, and I will.” My words were supposed to come out in a firm demonic growl, but instead, they slithered out in an unfortunate raspy whisper.

He chuckled under his breath and took a half step back. He needed to be taught not to mess with demons. Slapping the smirk off his face would be too much of a cliché. My mischievous demon instincts took over.

As the corners of his lips curled into a leer, I jerked up my arm and swiftly wrapped my fingers around the back of his neck, pulling his face down to mine. His eyes widened in surprise, but he made no move to resist as I stood on tiptoes and roughly parted his lips with mine. I kept my eyes wide open, gazing into his, as I explored his mouth, drinking him in. He yielded under my touch. The kiss became more and more fervent, until a surge of hot and cold, of terror and excitement, zapped through me–and him, by the surprise on his face–leaving us shocked and unable to move. Our eyes remained locked together as we stood suspended in time.

Jagger looked as dazed as I felt. His eyes searched mine, but I had nothing to offer, no explanation. Then, it hit me. Dad had mentioned the extremely rare phenomenon. I raked through my mind, trying to remember what he had said.


An Interview with Jagger

I have to be honest. I approached this interview with some hesitation, perhaps even a little trepidation. After all, even though I feel I know him a bit through Cordelia, I’ve never experienced Jagger directly. As he sits before me, I can empathize with Cordelia. He is impossibly magnetic, his aura both powerful and dangerous, the only release, a hint of humor gleaming in his silver-gray eyes.

IR: Jagger, thank you so much for agreeing to this interview. Are you excited about starting a new year at the Academy?

Jagger: My pleasure. I am, though I’m not exactly sure what my role will be this year. I guess I’ll find out when I get there.

IR: So, you’re not heading back as the Student Council President?

Jagger: I wouldn’t think so. That position is usually only awarded for a year. Plus, my time at the academy is officially over.

IR: Why are you going back, then?

Jagger: Mainly to keep an eye on my brother, Ryker.

Jagger: Yes, hmm. You said that you had some questions from my fans...

IR: I do! Here is one from Sean Sweeney. He wants to know what you got Cordelia for Valentine’s Day.

Jagger: Myself. However, like any girl, she obviously needed a “token” as well. I got her a little secret something from Harry Winston.

IR: Nice! The next question is about Cordelia as well. Al Kunz, the infamous celeb book blogger, aka The Snake, wants to know what really happened on the slopes. He wants details.

Jagger: He couldn’t handle the details.

Jagger: That she’s stunning is apparent to all who are lucky enough to behold her. I was struck by her beauty as soon as I saw her, when she first arrived at the academy. It was my policy to stay away from demons, though. Every kiss with her is electrifying, but I’m guessing you mean our very first kiss. I was shocked, but immediately realized what had happened.

Jagger: It is, but the realization that one is bound forever to this one being frightening, too. That’s unnatural in the supernatural world.

IR: I can see that. Faustine seems to bridge the gap between the human and the paranormal worlds. My daughter Lauren wants to know what you think of Faustine, and Vickie Boehnlein wants to know if you’re scared of Faustine.

Jagger: I love Faustine. She’s like a little sister to me. I feel very protective of her, even though I know that she can take care of herself. And yes, I’m scared of her. I’d be stupid not to be. She’s one of the most powerful demons I’ve ever come across.

IR: Demons seem to like their food, meat in particular. Lynn O’Dell would like to know if you prefer filet mignon or T-bones?

Jagger: I’m not a demon, but I do prefer Filet Mignon.

IR: That doesn’t surprise me. I have a last question from my friend Allirea Brumley. She wants to know what’s going to happen to you next?

Jagger: I’m not a Wanderer, so a trip into the future to answer that is not possible. Say “hi” to her from me, though. I love her name... Allirea. Is she a faery?