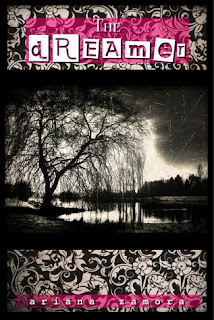 A murderous power, born of betrayal, was passed down the Jamison line, searching for the one who would bring an end to a timeless agony. It lay dormant until one day it came across a young, unsuspecting girl in the form of a dream.

A woman whispers to Anjaleena Jamison in the dead of night, plaguing her mind with terror, and haunting her very soul. No one thought anything of it, except for Grandma Rose - the only other living person who knew the terrible secrets of Bennett Manor. After her grandmother's death, Anjaleena soon finds herself residing in the manor, and discovers the ghost of Julian Bennett – a handsome young man who she can't help but feel drawn to. Can Anjaleena find the strength to both fall in love and defeat the evil lurking inside the house?

In the halls of Bennett Manor, nothing is as it seems.

Follow Anjaleena on her journey to the past in THE DREAMER.

Review:
The story kept me wanting to read more. Kind of a mystery or who done it. No slow or boring parts. It wasn’t until close to the end when I figured out what the key was for, the cryptic poem was well written.

Anjaleena aka Leena is strong willed. She is curious by nature. It was a bit of a brain teaser to really grasp what her power was at first. But once you get it, it makes sense. Makes you wonder if she can use it without anyone outside of Julian or Evangeline or even Bennett Manor. You really get the teen girl feeling with Leena’s character. The heart ache, the turmoil, the sadness hits you right where it counts.

I liked the reference to Nancy Drew.

Reading about Julian’s past with Evangeline was heart breaking. Finding out K.Porters betrayal was shocking, they were supposed to be friends, but then again you can never know what lurks in the recesses of someone’s mind, she got what she wanted no matter what the cost.

Evangeline has such a tortured past. All she wanted was love and was scorned because of a mistake in her past.

Kendra is proof that true friendship is never unscathed. I loved her vivacious personality.

Ann reminds me of my dorky friend with a heart of gold.

Grant is proof that you should never judge a book by its cover.

Aiden well what to say? Good guys finish last. If he had just said something sooner things could have been different.

I would love to explore Bennett Manor, with its vast rooms, and ballroom. I would have liked to have known what the attic was like. What about the rooms she couldn’t get in? I would be interested in seeing what was behind those doors. Bennett Manor sounds so majestic.

Guest Reviewed by Colleen for YA Book Addict