Today is my stop on the Pygmalia blog tour. Thanks so much for stopping by. Scroll down to read my review and enter the giveaway. You can follow along with the rest of the tour HERE. 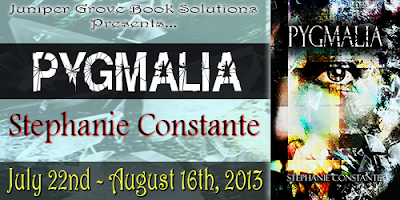 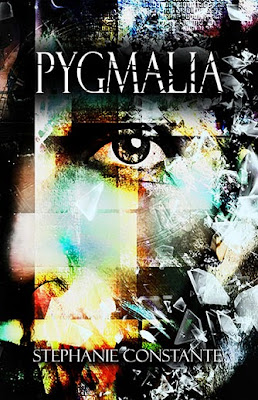 
Lily is the heir to her father’s family fortune, except she wants no part in it. Especially if it means having to spend months away from her loving mother, being ignored by her genius, yet reclusive father, and tormented by her domineering grandmother.

Since her parent’s divorce, Lily has been forced to spend every summer, bored to death, at her father’s dilapidated estate in England. The one consolation is that this is the last summer she will have to visit before her eighteenth birthday frees her of this obligation. What Lily didn’t expect to find was someone who is just as lonely and out of place as she is. Someone that could make her actually want to stay at the rundown mansion.

Deep in the basement of her father’s home, she finds Adam, who is half human, half machine. He is her father’s latest prototype: a creation built for war, but able to do so much more than just basic fighting tactics and artillery protocol. Lily cannot help but be drawn to her father’s experiment, though she’s certain nothing can come of it. When she realizes that Adam will eventually be taken from her and potentially destroyed, she must decide whether putting her family in jeopardy is worth the risk of helping him escape.

“What are you?”
“I am Prototype 78.”
“What does that even mean? That doesn’t tell me anything about you.”
“It’s not supposed to,” he keeps his gaze forward as we walk down the hillside towards the house. We moved silently through, and as we passed the lake, I couldn’t help but feel unnerved by him.
“Are you some kind of alien?”
“I can’t answer that,” his face barely shows any kind of emotion, but there’s something in there; I remember seeing it when I looked into his eyes.
“You were dead,” I press on. “You were dead on that table when I found you, and then you just woke up. So you’re obviously not human. You’re some kind of experiment he’s working on.” He doesn’t respond, so I keep deducing on my own.“You have scars, but they look nothing like what I’d imagine a zombie would look like. You’ve got that light coming out of your hand, and you were able to track me in this darkness. I’m guessing alien.”
“I’m not an alien,” he finally admits.
“Aha!” I jump and point at him. “So you’re an experiment. Like Frankenstein, just not as gross looking.”
“Frankenstein is not the name of the monster; it’s the name of the doctor. The monster never had a name.”
“Are you saying you’re Frankenstein’s monster?”
“I’m not a monster,” he says, except for the first time, there’s sadness behind his words. He looks down at his hand, as if somehow disgusted with himself, but his movements are robotic. Even his affect is flat and unexpressive.
“Fair enough, you’re not a monster,” I say. He looks down at me and seems relieved; he’s not a monster, but he’s definitely not human.

I could feel him digging into my skull, scraping at my insides, but I never know what he's up to. I feel no pain, I feel no fear. I am like a cuckoo clock, waiting for my parts to be repaired. Today he's back to fiddling with my brain again.

When I first read the synopsis of Pygmalia, I was completely intrigued. It sounded like something that I hadn't read before. A boy who is half human and half machine. Yeah, I really needed to read this one!! I fell in love with the cover on first sight as well. It reminded me of a puzzle with all the different pieces slotted together. And how true did that prove to be upon reading the book.

Since her parents divorce Lily has been forced to go and spend her summer break in England with her father, who more often than not ignores her presence, and her completely overbearing, controlling and generally horrible grandmother. The only consolation this time around is that she knows it will be the last time that she has to endure it since she is turning eighteen very soon.

Lily's father spends a great deal of time locked away in the basement and Lily decides that she's going to uncover exactly what it is that he's doing down there. What Lily doesn't expect to find is what appears to be a dead boy laid out on a table. But on closer inspection she realises that he isn't actually dead. He is the project her father has been working on. Prototype 78 is part human and part machine. He has been scientifically altered and created for war.

Lily and 78 are drawn to each other the more time that they spend together. Even though Lily knows that nothing can come of their feelings, since she is returning to America at the end of summer, she decides that 78 needs a name. And so he becomes Adam.

Pygmalia is told from the alternating voices of Lily and Adam. And while I loved both voices, I think it was Adam's that I was drawn to the most. He has been transformed into a machine built for the purpose of fighting, but despite that, I got such a feeling of vulnerability from him. The author did a great job of getting that side across to us. But he was so determined and single minded when he needed to be, especially when it came to Lily. He was the character that developed the most in my eyes. Although Lily did her fair share of growing as well. By the end of the book she was strong and fierce.

"There are a lot worse things than forgetting who you are," I wisper as we sit in silence, intertwined; just two beings subjected to a world built from lies and casualties.

I really liked the romance between Adam and Lily. It all developed pretty fast. More so from Adam I think, but once you read the circumstances you will understand why. They were each exactly what the other needed in their lives.

While the first portion of the book was dedicated to getting to know the characters better, the second portion was packed full of action and plot twists. There was never really any periods of the story seeming stagnant. Stephanie Constante's writing flows really well and her characters are engaging.

The ending!!! I can see it's set up perfectly for more adventures and discoveries in the next book. I just hope the wait isn't too long!!

I hadn't previously read anything by this author but I have to say that since I enjoyed Pygmailia so much I will definitely be grabbing her other books. 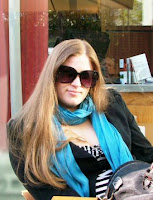 About the Author:
Stephanie was born and raised in Miami where she currently works as a mental health counselor. In her spare time she loves to read, write, spend time with loved ones, travel, and watch anything made in the UK. Her other works include books one and two of The Draconi Series.

Giveaway Details:
There is a tour wide giveaway. Prizes include the following:
Giveaway is International for ebooks, US only for print copies and swag.