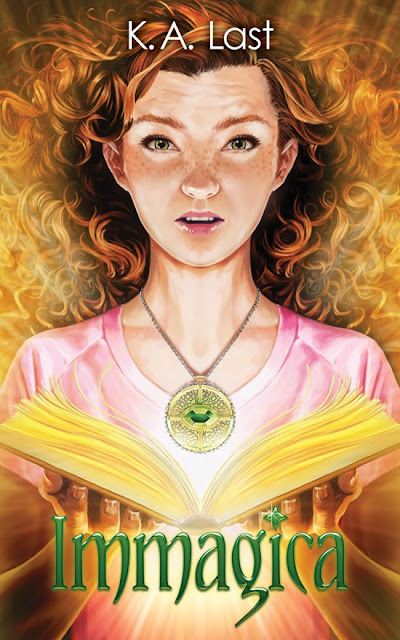 Where anything is possible, but not always controllable.

Enter at your own risk.The night before her fifteenth birthday, Rosaline Clayton receives an amulet from her deranged father. He tells her she must find the book, and begs her to save him. Rosaline is used to her father not making any sense, and she dismisses their conversation as another of his crazy rants.Rosaline and her younger brother, Elliot, find the old, leather-bound book tucked away in their Nana’s attic, and it sucks them into its pages. They land in a magical world where anything is possible, but when Rosaline and Elliot are separated, the only thing Rosaline wants is to find her brother and go home.The creatures of Immagica have other ideas. Rosaline befriends a black unicorn, two fairies, and a girl named Brynn, who are under threat from a menacing dragon. Rosaline discovers she is bound to Immagica in ways she doesn’t understand, and the fate of this magical world rests entirely on her shoulders. 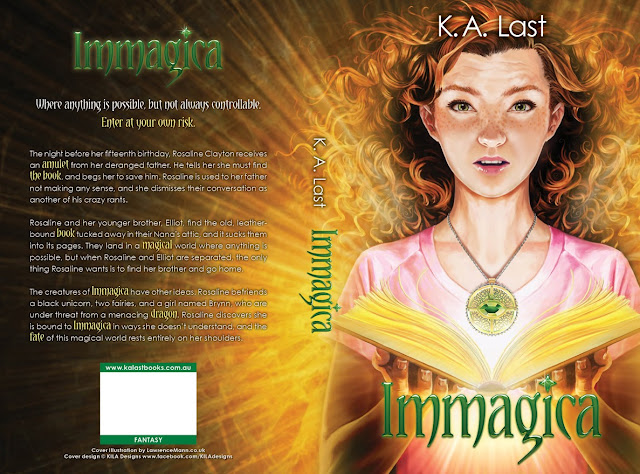 Excerpt:
The book flew open and a gust of wind whipped my curls around my face. The pages riffled back and forth before coming to a halt, open at the first page. This was getting a little weird. I was about to slam the book shut when words began to appear of their own volition, right before our eyes.

Immagica, the place where anything is possible, but not always controllable.
Enter at your own risk.

“What a load of crap,” I said, picking the book up. The new line of text flickered gold and pulsed, on then off, then on again, like a flashing, neon sign. I gingerly picked up the corner of the page and peeked under it to the next, but it was blank.

“How do we enter?” Elliot asked, leaning into me and staring at the book.

“Why do you keep asking me all these questions? You’re here, you know as much as I do.”

“You’re older, and always acting so much smarter than me,” Elliot said. I poked my tongue out. “That’s real mature.” He rolled his eyes.

“Sometimes I’m more mature than you!”

While we argued, we were oblivious to what was happening. The book riffled its pages again, and another gust of wind hit our faces. Before we knew what was happening, the golden glow exploded from the book and sucked us in. That’s the best way I can describe it. One minute we were in my room, surrounded by my grandmother’s elegant interior decorating, and the next we were enveloped with gold light.

At first I felt Elliot beside me, but then he was gone. The light was warm, like a soft, fuzzy blanket. Then the ground hit me in the face. It was hard and rough. The force of my landing knocked the wind out of me, and I tumbled over myself before coming to a halt on my back. Above me was an azure sky dotted with fluffy, marshmallow clouds. I turned my head and spotted the book lying closed on the ground a few metres away. I tried to move to retrieve it, but it took a few moments before I could roll onto my side and get to my knees.

When I finally managed to stand, I took in my surroundings with wide eyes. The sky may have been blue, but the ground was dirty charcoal. Lumps of gravel mixed with sand and dead grass. It stretched on, and on, nothing but barren wasteland no matter which way I turned. The only break in the landscape was where the horizon met the sky.

A lump of fear rose in my throat. Where was Elliot?

I didn’t know where I was, and I was completely alone. 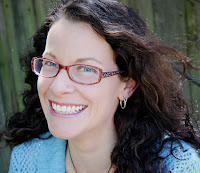 About the Author:
K. A. Last was born in Subiaco, Western Australia, and moved to Sydney with her parents and older brother when she was eight. Artistic and creative by nature, she studied Graphic Design and graduated with an Advanced Diploma. After marrying her high school sweetheart, she concentrated on her career before settling into family life. Blessed with a vivid imagination, she began writing to let off creative steam, and fell in love with it. She now resides in a peaceful, leafy suburb north of Sydney with her husband, their two children, and a rabbit named Twitch.