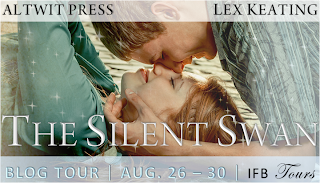 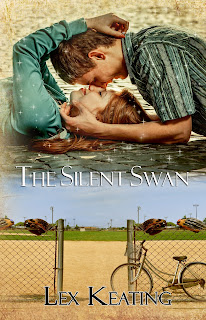 Once upon a time – better known as “now” - Gabriel Pritz reigns as king of his high school. Easy grades, perfect baseball season, a pretty date for prom—he's coasting into a golden future. Until his parents demand he cook dinner once a week. Caught between kitchen fires and ballpark withdrawal, Gabe is thrown into Tam Swann's orbit. Hostile, friendless, and stubborn, she's exactly the sort of person he'd prefer to avoid.Tam's sphere of influence expands beyond Gabe's sad domestic skills, rapidly invading everything from his favorite game to parts of his soul he didn't know existed. It's uncomfortable, it's hard work, it's...making him a better man. And that's just what she does to people she doesn't like. The better he gets to know her, the more he has to face the truth: this sharp, heart-breaking outcast is worth fighting for. How many families, fairy tales, and felons will he go through to ride to the rescue of the bravest person he's ever met?

“Back off,” she whispered fiercely.

He shook his head, one wayward thumb finding its way under the hem of her jeans. He turned slightly to shield his treatment of her hostage foot from their audience. The skin above her ankle sock felt warm and smooth. Which made his mouth a little dry, which in turn reminded him of why he was here. “Feed me.”

Tam said loud and clear, “You are not on my list.”

“Sure I am,” he teased. Then he started singing, “Feed me, Seymour.”

Her whole body twitched, including the leg he now held captive. Nobody noticed, as all the watching adults burst into laughter. One lady said, “You’re a little young for that, Pritz, Jr.”

Looking down the length of the limb he had temporary ownership of, Tamryn said in a neutral, take-you-down-a-peg voice, “With you? In public? Do I have ‘death by lethal injection’ tattooed on my forehead or something?”

“More—‘or something.’” He ran his thumb over a small bone in her ankle. She shivered.

ABOUT THE AUTHOR
Lex Keating has been engaged in a passionate affair with books ever since the Velveteen Rabbit wanted to be real. She graduated from a liberal arts college with a BA in literature, and currently resides near Charleston, South Carolina, in a swamp full of barbarians and all their cats. She has been a teacher, a paralegal, a computer programmer, and a hospice caregiver. She currently divides her time between studying old fairy tales and making up new ones.

a Rafflecopter giveaway
Posted by YA Book Addict at 7:03 PM