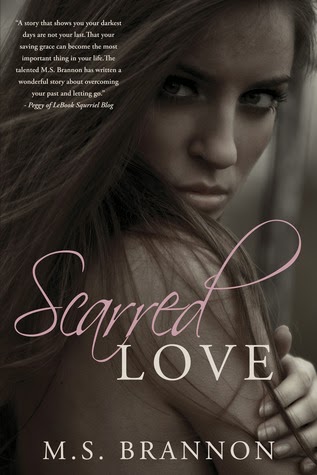 "I am certain, without any doubt, she was meant to be in my life. We belong to each other. I spent too much of my time consumed with what everyone else thinks of my feelings for Darcie, but the truth is, it was always supposed to be this way." ~Reggie EvansDarcie Claiborne spent several years of her young life living with a monster, always fearing what he would do next. Clasping onto her last ounce of hope, Darcie releases a scream. It’s her final attempt to live; to survive the villain of her reality. Sweeping her up in his arms, Darcie’s knight in shining armor rescues her from the hell she’s been living; from the stepfather she's feared for all those years.Reggie Evans has been forced to grow up before he’s ready when his mother dies of an overdose, leaving him responsible to raise his younger brothers. One fateful night, Reggie jogs by an old, run down house and discovers a young girl clinging to life as she screams for help.Three years later, Darcie is healing and always protected by the man who saved her, but now she's fighting with something she isn't prepared to face. The growing love for the man who saved her life three years ago, the same man who’s nine years older. All the while, Reggie fights to protect Darcie from the demons of her past and new ones of her present.

Monsters tend to harbor the same cold look in their eyes. Located just behind the colored irises, lies a creature of pure evil and hate. They lurk in the shadows of their intentions, waiting for the right time to strike and then, they take the soul of their prey.


Darcie Claiborne has had a life filled with so many horrible events that it's any wonder she is able to move past it and have any sort of normal life. Terror and darkness were a part of her everyday life. But one day she is rescued by Reggie Evans. Her knight in shining armour. And she vows she will never be a victim again. She will never let anyone get the better of her. She will be a fighter.

Scarred Love is a book that has me torn. I had so many things floating around in my head as I was reading it. I was instantly drawn in by the books synopsis. I love dark, gritty books and this one seemed to tick all those boxes. Let me start by saying that the writing was great. I have no issues with that whatsoever. But I do have a few concerns with the characters. They are a group of very angry people. Yes I understand that they have all had really crappy lives, and have witnessed and experienced some horrific things. But they seemed to go from calm to crazy in a matter of seconds and everything was sorted with their fists. The amount of fighting and violence in this book was crazy and I felt that the characters didn't grow a whole lot beyond that throughout the story.

Normally, age difference between characters doesn't really bother me and for the most part it didn't this time around. I tended to forget that the age difference between Darcie and Reggie was almost ten years. Occasionally I would ask myself why a grown man would be interested in a seventeen year old girl, but these two have been through a lot together and I suppose that all of those emotions and events could lead to love. And I didn't question their love for each other. That all felt very real to me. Reggie was so caring and loving. I adored how he would do anything to protect Darcie and keep her safe. In fact he did whatever it took to keep his whole family feel safe and protected.

One of the characters that really stood out to me was Drake. I think he came across, to me at least, as a much more level person than anyone else, and I'm so glad that book two in this series is his story. I'm really interested to read what's to come for him.

Something that I love to read about is the bond between families. And whilst everyone in this family may not be related by blood, that makes no difference to them. Their deep connection and love for each other was such a great thing to read. Despite their bickering and fighting, they would do anything for each other.

Scarred love definitely turned out to be deeply gritty and at times disturbing and hard to read because of the intense subject matter. But as I said, I like my books like that. Despite my issues with the characters anger, I really enjoyed this book and I think that was due to the authors writing.

Thank you to the author for providing me with an eCopy to read and review.