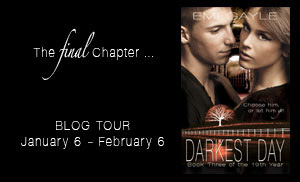 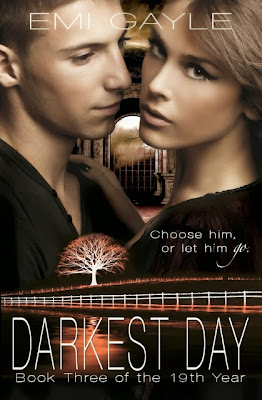 Mac Thorne’s time as a Changeling is coming to an end. It may have taken eighteen years, but Mac did finally manage to do what the Council wanted: she chose a teacher and renounced the in-between. There’s just one last step. She must say goodbye to her human. Forever. After being challenged in every way possible, Mac leaves what she thought would be the easiest task for the last possible moment. As midnight on July fourth draws near, though, she hasn’t found a way to give up Winn Thomas. Nor does she want to. With time running out, Mac stands at a literal crossroads. Choose Winn, and she’ll be stripped of the only family she’s ever known — vampires, dragons, and her favorite demon. Even her own mother. Accept her position on the Council and rule as an equal to her twelve peers, and she’ll forget Winn ever existed. Independence and freedom have never before been so limiting. In this final chapter of the 19th Year Trilogy, it’s time for Mac to decide. Responsibility? Or Love?

My entire nineteen years had all come down to one moment. One, single, solitary moment.

When I received my review copy of Darkest Day I was bouncing with excitement!!! I have loved this series and these characters so much. I have taken the journey with them through all their ups and downs. I have cried with them, laughed with them and loved with them. But then something pulled me up. Once I started reading it I knew I wouldn't be able to put it down, and then it would be all over. I didn't want that. But then I was desperate to know what choices Mac would make and what the outcome would be for her and Winn. And so it was with mixed emotions that I finally dove into Darkest Day...

And so everything has been leading up to this moment for Mac. Making her big decision. The choice of what form she will take once she reaches her nineteenth birthday. How do you make such a choice, when doing so will tear you from the boy you love? A boy you love more and more with each passing day. Mac was so Mac in this book, but she also grew so much. I felt she became a much more well rounded character. Yes, she had moments of being feisty and hot headed. She wouldn't be Mac if she didn't and I love that side of her, but she just became more. When you compare the Mac that we had at the start of the series to the Mac we had at the end, it was impossible not to completely love the person that she became. And then there is Winn. He was again just as perfect as he has been in each book. Always loving, always caring, and always supportive. They compliment each other to a tee.

"We love who we love, and those who are worthy of that affection, of that emotion, of that gift, will earn it. They will find a way to be grateful for your presence in their life, not the other way around."

Mac and Winn's love really shone through so much for me in this book. I never doubted their connection, but it was just a whole different level this time around. Their need to be together and make the most of the ever dwindling time that they had left with each other really tugged at my heartstrings.

Mac smiled. She laughed. She kissed me back. She made me love her. I had no choice.

I always find that Emi Gayle writes with such fantastic pacing. I find myself at each turn eagerly wondering whats going to happen next. Never a dull moment or a lull in intensity. Even when things are moving along at a nice even pace, I'm devouring the words, so intent on finding out what is in store next. And Darkest Day has twists and turns aplenty.

Emi Gayle has outdone herself this time around. She nailed this one, and then some. Darkest Day is in my opinion the best book in the series by far. It was everything I could have hoped for. It was heartbreak. It was finding answers. It was understanding. It was choices. It was love. It was so damn amazing. The most perfect ending to a perfect series. I couldn't have asked for anything more. 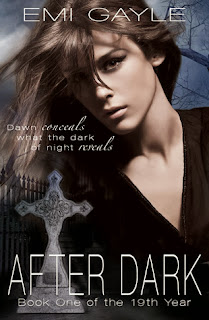 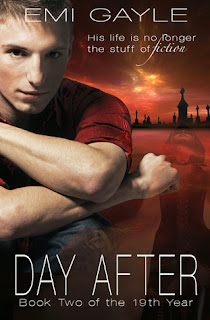 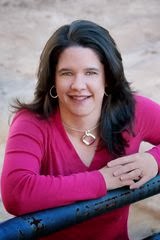 Author Bio:
Emi Gayle just wants to be young again. She lives vicariously through her youthful characters, while simultaneously acting as chief-Mom to her teenage son and searching for a way to keep her two daughters from ever reaching the dreaded teen years.Ironically, those years were some of Emi's favorite times. She met the man of her dreams at 14, was engaged to him at 19, married him at 20 and she's still in love with him to this day. She'll never forget what it was like to fall in love at such a young age — emotions she wants everyone to feel.
Author Links:
Website l Blog l Twitter l Facebook l Goodreads l Autograph Requests

a Rafflecopter giveaway
Posted by YA Book Addict at 8:47 PM