BLOG TOUR - REVIEW & GIVEAWAY: The Moment Before by Suzy Vitello 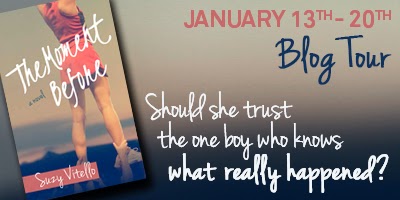 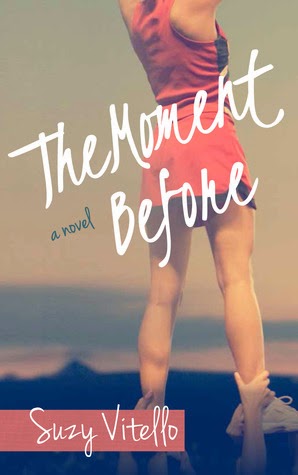 "Don't get me wrong. I loved my sister. I never, not once, wished her dead."Brady and Sabine Wilson are sisters born eleven months apart, but they couldn't be more different. Popular Sabine, the head cheerleader dating the high school hunk, seems to have all the luck, while her younger, artsy sister "Brady Brooder" is a loner who prefers the sidelines to the limelight.After Sabine dies in a horrific cheerleading accident, grief unravels Brady and her family. Once recognized for her artistic talent, 17-year-old Brady finds herself questioning the value of everything she once held dear. Her best friend betrays her. Her parents' marriage is crumbling. And the boy everyone blames for the accident seems to be her only ally in the search for answers in the wake of her sister's death. As an unlikely friendship emerges, Brady learns more about Sabine - and love - than she bargained for.


It's all so fleeting, how beauty screams loud, then withers and dies. How one day everything seems possible, and little cubes of happiness tinkle around inside you like ice in a glass of fresh-squeezed lemonade, and then, just like that, the ice melts and the beverage grows a skin of mold.

Brady Wilson's sister Sabine has recently been killed in a freak cheerleading accident. Her family are trying to find their way through their loss and grief. But nothing seems to be helping. Brady has lost interest in school and friends, her Dad numbs his grief with alcohol and her Mum is distant. But Brady finds a surprising friend in Connor, the boy blamed for her sisters death, and with his help she finds out that maybe her sister wasn't quite as put together as everyone believed.

The standout emotions throughout this book are grief and confusion. You could almost see the grief hanging around and pulling the characters down. How do you deal with the loss of a daughter? How do you as a sister deal with your loss while trying to unravel and understand the secrets of the sister you thought you knew so well? And how do you shoulder the blame for the death of a friend who let you in on all those secrets?


The weight of everything is a cloudburst inside me. The sadness. The relentless sadness. My sister. Dad. Everything crash-landing.

I really felt for Brady throughout this story. She was trying to deal with so much. As well as the death of her sister, there was also the secrets and lies, the unravelling of her family, the pressures of school and her growing feelings for Conner.

Despite the way Connor chose to deal with things, I really liked him. He was such a  self sacrificing character. The choices he made to protect Sabine. The burdens he carried around. These were pretty huge things for a teenager to be dealing with. And the huge impact that all of it had on his life. It was impossible not to admire what he was doing.

I character that I couldn't like was Martha, Brady's so called best friend. To me, she just didn't have a whole lot of redeeming qualities. She came across as very superficial and I found myself wondering how these two could possibly be friends.

The bad guy in this story in Nick, Sabine's boyfriend. And he is where my questions lie. I'm not sure that I fully understand the reasons he is the way he is. I'm not sure I understand why he did the things he did or made the choices he made. Was it just that he was a bad person? Or did Sabine and her actions push him to become the person he was? Why in the end did he react the way he did towards Martha? Was it simply to protect himself?

And while I didn't get the ending that I envisioned in my head, I did get an ending that I was happy with. I got some of the things I was after and that can only be a good thing.

The Moment Before deals with some very real issues and centres around some very real characters. Suzy Vitello's writing made it very easy to read and feel for the characters despite the tough subject matter. Contemporary YA is quite possibly my favourite and when there are situations that I can relate to, I can't help but enjoy the read. 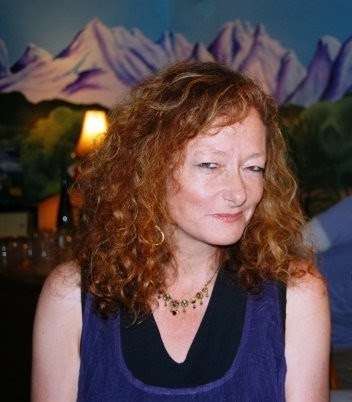 Author Bio:
Suzy Vitello's stories have won several awards, including The Atlantic Monthly's Student Writing Award and an Oregon's Literary Arts Fellowship. Her work has appeared in national journals and her young adult novels, THE MOMENT BEFORE (January 14th, 2014), and THE EMPRESS CHRONICLES (Fall, 2014) are available in e-book and paperback from Diversion Books.
Suzy holds an MFA from Antioch Los Angeles, and is a founding member of a critique group recently dubbed Portland's Hottest Writers' Group by The Oregonian. Find out more at suzyvitello.com
Suzy's echapbook, UNKISS ME, is available for sale through Amazon.
Author Links:
Website l Blog l Twitter l Facebook

a Rafflecopter giveaway
Posted by YA Book Addict at 8:24 PM