COVER REVEAL: Tricks (Take It Off #6) by Cambria Hebert 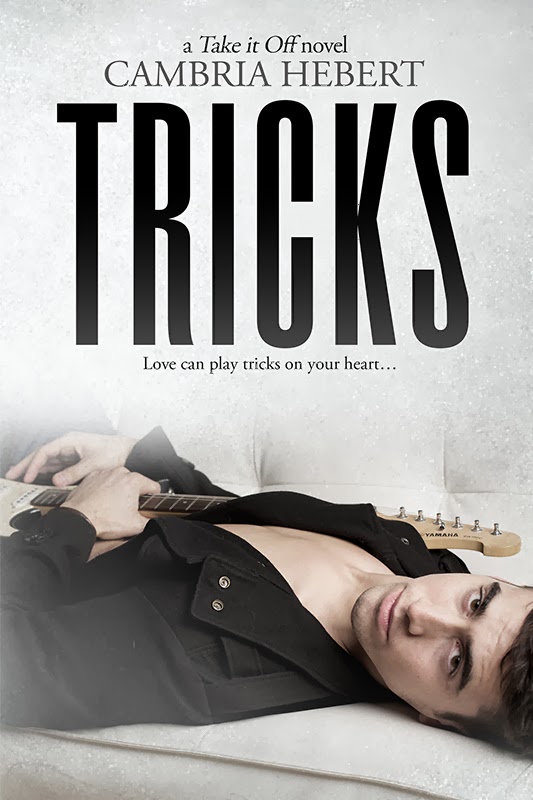 ***This is a new adult contemporary novel and contains sexual content and graphic language. It is not intended for young adult readers.***

Love can play tricks on your heart…

After serving several years in the United States Marine Corps, Sergeant Tucker Patton decides to hang up his uniform and go to work at a private investigative firm owned by his buddy. His boxes are packed and he’s got one foot out the door when a phone call changes everything.

Instead of going to North Carolina, he heads to New York City to literally step into the life of his twin brother, who died under suspicious circumstances. But pretending to be someone else isn’t easy.

Especially when the person you’re supposed to be is wanted dead.

Not only that, but he’s going from being blissfully single to living with his brother’s woman. An uptight, no-nonsense lawyer.

Charlotte Rose Carter doesn’t have time for fun and games. She graduated with honors and made all the right moves fresh out of college to jumpstart her career as a successful young lawyer. She even snagged the most eligible bachelor in New York City’s corporate world.

So what if her and Max’s relationship isn’t burning up the sheets? So what if their life doesn’t read like a chapter from a sizzling romance novel? This is the real world, and in the real world that stuff is just fantasy.

Suddenly, just the slightest touch or a single glance from Max has her heart doing somersaults. Suddenly, the lackluster relationship begins to spark, and Charlotte finds herself tied in a knot of desire.

But she has no idea about the tricks being played right under her perky little nose. 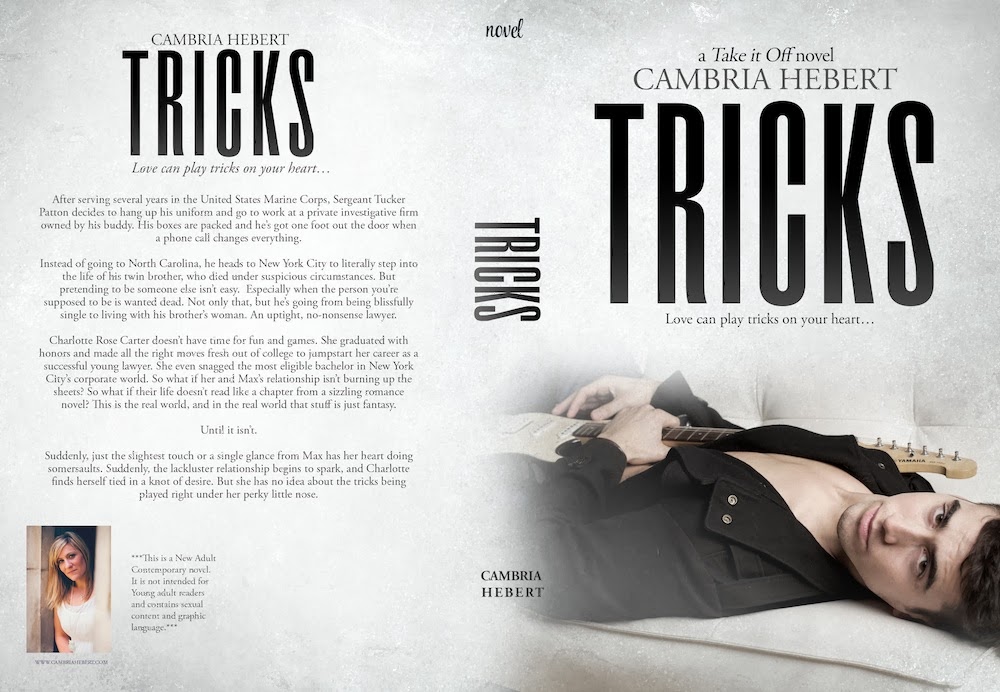 Author Bio:
Cambria Hebert is the author of the young adult paranormal Heven and Hell series, the new adult Death Escorts series, and the new adult Take it Off series. She loves a caramel latte, hates math and is afraid of chickens (yes, chickens). She went to college for a bachelor’s degree, couldn’t pick a major, and ended up with a degree in cosmetology. So rest assured her characters will always have good hair. She currently lives in North Carolina with her husband and children (both human and furry) where she is plotting her next book. You can find out more about Cambria and her work by visiting http://www.cambriahebert.com