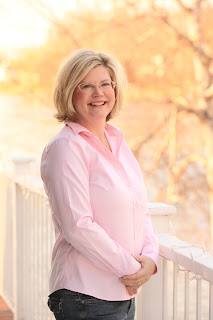 Hello! I'm Lisa Orchard and I want to tell you a little bit about myself.

I am the oldest of four children and grew up in a small town in Western Michigan. I grew up reading mysteries, starting with "The Bobbsey Twins" and "The Nancy Drew" series.

By fifth grade I was writing my own mysteries and illustrating them as well. I've always known that I wanted to be a writer and I tucked that little piece of information into the back of my brain; determined to take it out and use it when it was time.

After graduating from Central Michigan University with a Marketing Degree, I landed a sales job. I was on my way! After spending 13 years in the Insurance industry, I met my husband. We soon married and had two beautiful boys. I decided to stay home with my kids. A tough decision, but one I don't regret.

I did, however, miss the hustle and bustle of work - and working toward a goal. That is when the little voice inside my brain said, "It's time to write."

I am very excited as I begin this new "chapter" in my life. 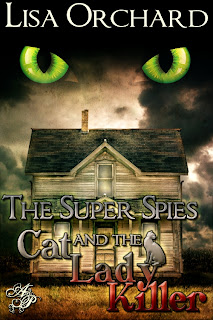 The Super Spies and the Cat Lady Killer
This book opens in a small town in Michigan where fifteen-year-old Sarah Cole is stuck spending the summer at her Aunt and Uncle’s with her sister, Lacey. She’s not happy with the situation until she befriends a girl named Jackie. The three girls stumble upon the ruthless murder of a reclusive neighborhood woman. One of the officers investigating the crime believes the girls are responsible for her death. Fearing that this officer will frame them for the murder, the girls organize their own detective squad. They become the Super Spies and start their own fact-finding mission. The Super Spies can’t understand why anyone would want to murder the “Cat Lady” until they start digging into her past and discover a horrible crime that happened thirty years ago. They uncover a connection between the two crimes and attempt to bring this information to the police, only to be reprimanded for meddling in the inquest. Not only are the girls upset by the admonition, but they also struggle with the fact that their exuberant investigating could provide a legal loophole allowing the killer to go free. To make matters worse, the police don’t even believe them. Frustrated by this turn of events, the Super Spies realize it’s up to them to snare the Cat Lady killer. 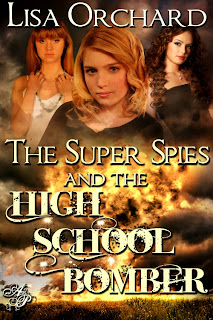 The Super Spies and the High School Bomber
This book opens in a small town in Michigan where Sarah and her sister Lacey are now living with their Aunt and Uncle. Still reeling from the fact her parents have disappeared, Sarah starts the school year with her new friend Jackie Jenkins. When Sarah learns the school has been bombed, she’s filled with dread. Uncle Walt is a teacher, and he was in the school when the bomb exploded. Taking matters into her own hands, Sarah decides to search for him. The rest of the Super Spies are right behind her. When a fireman chases them away from the school, Sarah becomes suspicious. She decides to investigate. The FBI arrives on the scene. Sarah realizes this bombing could have even bigger implications. Searching for the bombers, Sarah is introduced to the world of terrorism. She fears that the bombing and her parents’ disappearance are connected and terrorists are involved. To make matters worse, the bombers are determined to finish the job. Can the Super Spies find the bombers before it’s too late?

I chose the Young Adult Genre because I love the age group. It was one of my most favorite times in my life; of course, I didn’t know it at the time.  In my books I wanted to illustrate that and also weave through the stories life lessons that the reader can learn right along with the characters.

This is a really hard question because I love all my characters, but if I have to choose one. I would say it’s Sarah because she is so brave and determined. I would have loved to be as confident as she is when I was her age.

Now that the kids are in school, I start writing as soon as I get back from taking them to the bus stop, and I don’t stop until lunch time. I’m working on the third Super Spies book and also a coming of age Young Adult novel. I’m really excited about both of them. Then after lunch, I do some quick household chores (yuck) and then I’m back to writing until the kids come home from school.

I just got done reading “Secrets of Catalpa Hall” by Lori Lapekes. It was a great story! The next thing on my list is a Young Adult story from Suzanne Collins “Catching Fire”. I loved the first book in the series.

Oh this is an easy one! It would be “Spirit of Radio” by Rush! LOL! Yeah, I’m a rocker!  I love the energy in that song as well as the lyrics.