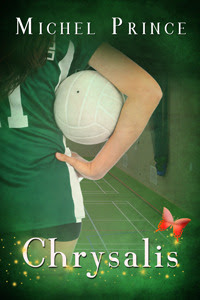 In the annals of dysfunctional families, the Chisholm’s are working their way to the top. Drug abuse, an unwed mother with multiple fathers, and the questionable cash flow for the 'pretty one'. All this from a seemingly normal, two parent middle class family. But were the choices truly made of their free will?


Bad choices are a Chisholm family trait, one that confounds the youngest child, Ellie, who's trying to separate herself by making smart decisions. And falling for Oscar Jeffreys, the hottest guy at school, would be number one on the list of Chisholm family disasters. Yet the crazy part is it’s not a one sided attraction. Somehow Ellie has caught Oscar Jeffreys’ eye. Sure she could see the barriers between them. Race, age, popularity. They were at opposite ends of the spectrum. But a demon set to destroy her family? She can't see that.

Oscar provides security and acceptance Ellie never imagined she deserved. As the passion of first love grows, Ellie honestly believes she has a chance to beat the odds and live a happy, normal life. Then her world collapses around her. With the help of a guardian angel, Ellie learns of a world that has unknowingly surrounded her for years. And she'll have to find strength buried deep inside to save not only her future, but flush out and stop the demon in her midst.

And Ellie will have to learn that sometimes the hardest lesson about growing up is accepting that you're worth more.


Whenever I'm asked by an author to review a book I never read the reviews that the book has, purely because I don't want what I have to say or what I'm about to read to be influenced by what someone else has thought of it. However, I do have a quick scroll down through Goodreads and Amazon just to check how popular the book is. And what surprised me when I did that with Chrysalis was that it has very few reviews. And do you know why that surprised me? Because this book was so amazingly good!!! It was so good that I read it from start to finish in almost one sitting. It deserves to be read by many more people than what it has and have much greater recognition!!

Ellie Chisolm comes from the ultimate dysfunctional family. Parents who barely pay her any attention, a drug addicted brother and two sisters who have such little respect for their bodies. And she is so incredibly determined that she won't end up like any of them. From afar Ellie watches Oscar Jeffreys, the hottest guy in school, never in her wildest dreams imagining that the attraction she feels for him could be returned. But while their love is pure and sweet those around them aren't. Ellie is white and Oscar is black and they both have to deal with the racial slurs that are hurled at them all the while dealing with their own separate demons.

I loved this couple!! Their romance was beautiful and loving and sweet. But they also share some amazingly hot and passionate moments together!! Oscar expects a lot from Ellie and pushes her to deal with her inner demons and not hold back from him. He loves her completely, with passion and intensity and he wants exactly the same in return from her.

I had read the synopsis for Chrysalis a while back and hadn't read it again before I started reading it, so when I got to well over halfway through the book and the paranormal element was introduced it was a bit of a surprise. There really hadn't been any mention of it up until that point, but once it was there and it had inserted itself into the book I really enjoyed that aspect of the story. It added a whole other dimension to the book, which I loved!

Michel Prince has written an amazing book with a wonderful cast of characters. Her writing style is so easy to read and I cannot wait to read the next book in the series, The Beam and see what the author has in store!!