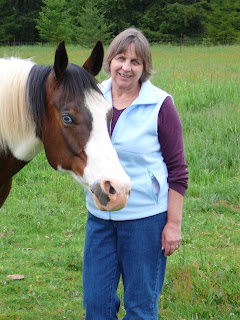 Linda Benson has written several young adult and middle grade books, including The Girl Who Remembered Horses, Finding Chance, The Horse Jar, and a brand new novel called Six Degrees of Lost. Her passion for nature and animals often finds its way into her writing. She lives in the Pacific Northwest with her husband and a variety of animals, and is hard at work on her next book. 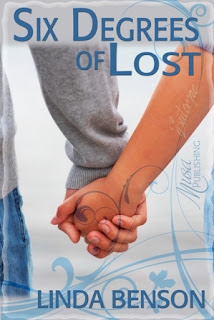 Six Degrees of Lost
Olive’s mother is headed to jail and her brother to join the Army, so thirteen-year-old Olive is uprooted from sunny California and dumped in Washington State like a stray. That's exactly what she feels like surrounded by her aunt’s collection of homeless dogs, cats, and horses. Fourteen-year-old David’s future is already carved in stone. From a military family with two brothers serving overseas, he’s been pointed towards the Air Force Academy his entire life - but a rafting trip gone awry might ruin his chances. When a runaway dog is almost hit by a car, the search for its owner leads Olive and David, two teens from entirely different backgrounds, to an unlikely bond. Will their growing attraction to each other be enough to keep Olive from a foolhardy journey to find her mother? Will David risk his family’s plans to save her? 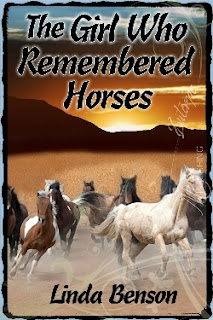 The Girl Who Remembered Horses
Sahara travels with her clan in a future, barren environment where recyclables are bartered for sustenance, and few remember horses or their connection to humans. But Sahara has recurring visions of riding astride on magnificent animals that run like the wind.With the help of Evan, a young herder from the Gardener's Camp, Sahara discovers a valuable book and learns her visions are real. But will the hot-headed hunter Dojo kill the horses before she can persuade her clan of their usefulness? Will Sahara give up her quest to save them after she is labeled a foolish dreamer?Following horse tracks up a remote ravine, Sahara discovers a gruesome scene, as well as a helpless baby horse. Now Sahara must use her wits and inborn knowledge to raise the young animal, finally convince her clan of the ancient bond between horses and humans, and discover the secret of her true identity.

I don’t think I’ve ever consciously started out to write a Young Adult book, or a book in any genre. Usually, at the beginning of a novel, a character speaks to me, and I write to tell their story.  I’ve written two books, Finding Chance and The Horse Jar, that are middle grade novels. My two most recent novels, The Girl Who Remembered Horses and Six Degrees of Lost, have young teen protagonists, who are working out a problem, coming of age, or chafe at the boundaries set for them, by either parents, society or circumstances.
I’m also working on a YA novel in verse right now, involving teen pregnancy. So I think the characters I write about, and their problems, determine the genre of the story.
2. Who is your favourite character you have written and why?

I’d have to say my favorite character that I’ve written so far is Sahara, from The Girl Who Remembered Horses. She is so determined, so brave, and she faces many hardships in her daily life. But she stands up for what she believes is right, and along the way has some amazing adventures.

Mornings are the best times for me to write. Usually I wake up, drink a cup of coffee or two to get the brain cells working, and dive in. I usually start by rereading the chapter I just wrote, tweaking it a bit, and then starting from there.  At one point I take the dogs for a walk, and being outside refreshes me both physically and mentally.

I just finished reading Shanghai Girls, by Lisa See, which was a book club selection, and should give us lots to discuss. Right now I just started a novel called Painting Naked, by Maggie Dana, who also writes the Timber Ridge Riders series. And after that, there are two YA books by Musa authors that I’m anxious to read: First Frost by Liz DeJesus and Persephone, by Kaitlin Bevis.