Another cover reveal for you today!
The YA paranormal, AVENGE: Patronus #2, by Sarah M. Ross.
Thanks again to AToMR for the opportunity to participate! 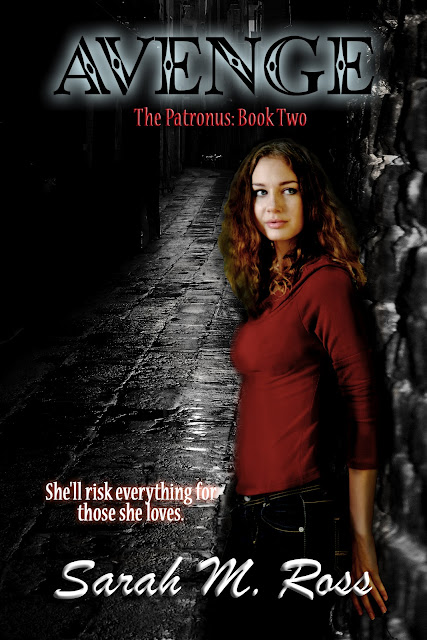 Six months ago, Lucy Donovan thought that being killed by a drunk driver was the worst thing that could happen to her.
She was wrong.
Now, the person she loves most has been ripped away from her, soul held hostage, and Lucy has vowed to stop at nothing to get it back.
Part of a new team with enhanced powers, Lucy and her friends begin a quest to avenge the souls that have been stolen. Enemies of the Patronus have united, however, and a spy from within the Patronus realm is feeding the enemy their every move.
When a mission goes horribly wrong, Lucy’s soul becomes compromised. It will take a strength she didn’t know was within her to escape the darkness, return to the light and avenge the soul she loves.
Expected release is early October 2012
Connect with Sarah Ross: Website l Twitter l Facebook
Join Sarah's email list for the latest on all her books, contests and much more!
The cover was designed by Donna Dull of Sharp Cover Designs
Posted by YA Book Addict at 2:30 PM