EXCERPT & GIVEAWAY: The Wild Ones by M. Leighton

Please note, this is a NEW ADULT novel. 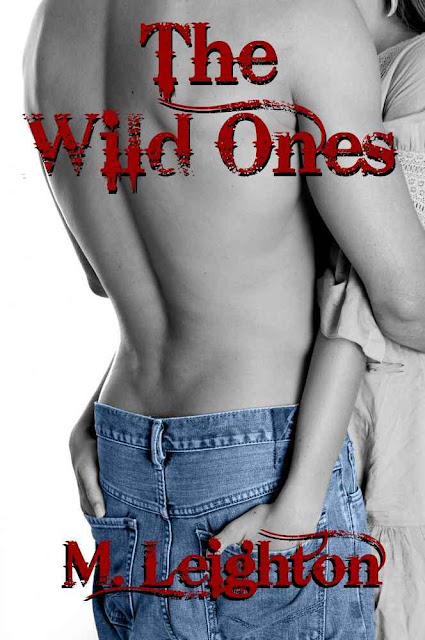 Passion as hot as midnight in the South and love as wild as the horses they tame.

Camille “Cami” Hines is the darling daughter of the South’s champion thoroughbred breeder, Jack Hines.  She has a pedigree that rivals some of her father’s best horses.  Other than feeling a little suffocated at times, Cami thought she was pretty happy with her boyfriend, her life and her future.

But that was before she met Patrick Henley.

“Trick” blurs the lines between what Cami wants and what is expected of her.  He’s considered the “help,” which is forbidden fruit as far as her father is concerned, not to mention that Trick would be fired if he ever laid a hand on her.  And Trick needs his job.  Desperately.  His family depends on him.

The heart wants what the heart wants, though, and Trick and Cami are drawn to each other despite the obstacles.  At least the ones they know of.

When Trick stumbles upon a note from his father, it triggers a series of revelations that could ruin what he and Cami have worked so hard to overcome.  It turns out there’s more to Trick’s presence at the ranch than either of them knew, secrets that could tear them apart.

EXCERPT:
From the corner of my eye, I see Cami fidget.  At first, it appears to be a nervous thing.  But when I glance at her, she looks at me and smiles. It’s a bright smile.  Bright and …excited, which makes me think it’s not all bad nerves.  In fact, it makes me twitch a little in my jeans, which is never a good thing when I’m getting ready to strip down in front of mixed company.
Without even pausing, Jenna pulls her shirt over her head then reaches for Rusty’s.  While they’re all wrapped up in removing each other’s clothes, I turn more toward Cami.
“Are you sure you’re up for this?”
She takes a deep breath and grins at me.  “Yep.  You?”
I nod.  “Yep.”
She puts one small hand on my arm and looks me in the eye.  “It’ll be fine, you know.  Drogheda would never tell on me, so you don’t need to worry, okay?”
She’s worrying about me worrying?  Now I feel bad for telling her how important this job is.
“I’m not worried,” I assure her.  “I trust you.”
Her smile is sweet and pleased and it makes me want to kiss her.  Hell, everything she does makes me want to kiss her.
“Good.  You should.”
As if she’s making her point, Cami takes a few steps back and pulls her shirt over her head.  She does it quickly and then holds it in front of her and waits.  That’s my cue to shed a piece of clothing, too.
In the brightness of the full moon, I can see her eyes twinkling devilishly.  She’s so coy.  So damned adorably coy.
God, it would be so much fun to have her all to myself for one night.  Just one night.  Maybe that would be enough to get her out of my system.
“All right then, Mr. Rock Hard Abs, show me what you got,” she demands teasingly.
She doesn’t have to ask me twice!  Grabbing a handful of shirt behind my neck, I pull it over my head.  But I throw mine on one of the white lounge chairs, sort of like upping the ante a little.  Her eyes flicker down my chest and stomach.  My muscles tighten.  I see her gaze drop lower then hurry back to my face. She’s curious.  She wants to look, she wants to see what’s under my jeans, but she’s trying not to show it.  I bite back a groan.
What I wouldn’t give to carry her off to someplace more private…