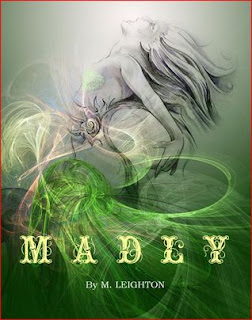 Madly (Madly #1)
Madly is your average nearly-eighteen year old girl—for a princess, that is.Madly James is thoroughly enjoying her internship in the small town of Slumber when the unthinkable happens—there’s a prison break in Atlas, the magically-protected home of Madly’s race. A traitor has set free eight Lore, the spirits of what humans know as fairy tales, and they are making their way to Slumber to awaken their descendants. In order to save her home, the lives of her family, and all of humanity, Madly must learn to wield her exceptional powers and recapture the Lore before it’s too late and all is lost. But Madly’s only help are her two best friends and the Sentinel, Jackson Hamilton, that threatens both her heart and her destiny. Madly has loved Jackson as long as she can remember, but he is the one thing even a princess can’t have. Can she resist love to become the queen she was fated to be? Or can she find a way to have both?

You can download Madly FREE from Amazon and Barnes & Noble 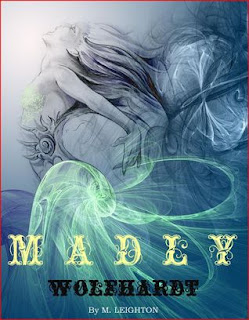 Madly and Wolfhardt ( Madly #2)
Madly is your average nearly-eighteen year old girl—for a princess, that is.Madly James is thoroughly enjoying her internship in the small town of Slumber when the unthinkable happens—there’s a prison break in Atlas, the magically-protected home of Madly’s race. A traitor has set free eight Lore, the spirits of what humans know as fairy tales, and they are making their way to Slumber to awaken their descendants. The first spirit to arrive is that of Ulrich Wolfhardt, a man that was once obsessed with wolves and a young maiden he would follow through the woods. After a bite from a wolf, Wolfhardt’s obsession with the girl became an unnatural hunger and the young maiden’s grandmother cursed him with a fate worse than death. And now he’s back…with a vengeance and a bite that can infect others as well.Madly must learn the identity of Wolfhardt’s descendant and stop him before he kills again and spreads his curse across the earth. But the only person strong enough to help Madly is Jackson, the Sentinel who vowed to protect her and the one person capable of breaking her heart. Can Madly resist forbidden love long enough to save the world from Wolfhardt? Or will she have to sacrifice her heart and her destiny to save the ones she loves? 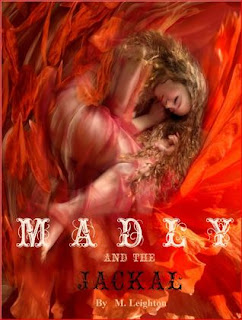 Madly and the Jackal (Madly #3)
How deep does love run? Deeper than the ocean? Deeper than memory? Deeper than magic?Following their plan to save Atlas, Madly and Jackson return the spirit of Wolfhardt to his prison beneath the sea. But even the best laid plans couldn’t account for the surprises they find. This time, Lore aren’t their only challenges. Madly is special in ways no one could have guessed and dark forces seek to control her. They want her power, but first they must weaken her. They need her beaten. Vulnerable. Near death. And alone. But that task isn’t an easy one with Jackson at her side. The strongest of their kind, the only way to separate Jackson from Madly is to destroy his love for her, to erase it from his mind. And his heart. Is it possible to steal Jackson’s love from Madly? Or is their love the only truly unbreakable thing?

REVIEW of Madly and the Jackal (Madly #3)
OH. MY. LORD!!!! Somebody needs to give me a good shake for never having picked up the Madly series to read before now. Thank god that I somehow came to my senses and rectified this because like everything else that M. Leighton writes, this is amazing!!

The whole series is kick ass incredible, but book #3, Madly & the Jackal is just epic in it's awesomeness!!! From the very first word to the very last word, I did not put this book down, so I apologise to my family for the lack of interaction you got from me while I devoured this.

Madly & the Jackal picks up right where Madly & Wolfhardt finishes. Jackson and Madly have finally declared their love for each other and are headed to Atlas to return Wolfhardt to prison. Once they arrive in Atlas they discover that things are much worse that they originally thought. There are greater evils to fight and bigger obstacles to overcome.

Madly and Jackson are sizzling HOT!! I love this couple!! I love Jackson!! I think at the moment he is right up at the top of my book crushes and that's saying something because he has some pretty stiff competition. And how well does this author write romance and hotness! Jackson and Madly are dripping in it!! This book contains some pretty steamy scenes but they are written so well and so beautifully that I didn't once feel like it was too much. But like all good stories Madly and Jackson will have their love put to the test. I don't want to give away what happens but boy, it's a biggie!! I was devastated by the turn things took!

So, if you want a sassy and strong protagonist, an incredibly hot, strong and loving leading man, an amazing group of supporting characters, action, romance, a story with a beautiful backdrop and the exceptional writing of M. Leighton, then this is definitely the book for you!! This is without a doubt one of my favourite series ever!! I cannot wait for more!!

If you would like to listen to the playlist, you can check that out HERE

a Rafflecopter giveaway
Posted by YA Book Addict at 2:30 PM