Today we have for you the gorgeous cover reveal for Flukes by Nichole Chase. The cover was designed by Stephanie Mooney of Mooney Designs. A big thank you to AToMR for the opportunity to be involved! 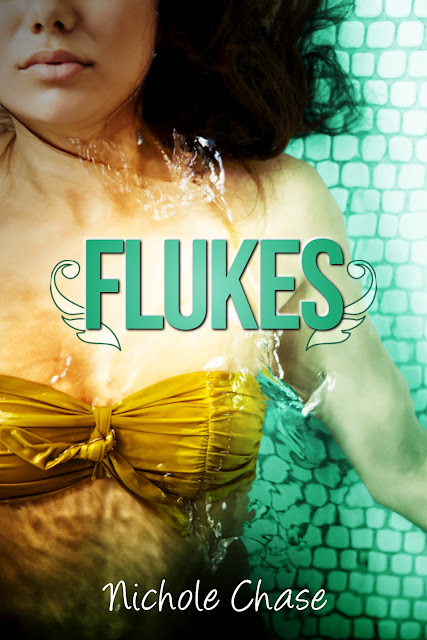 Meena has a secret guarded closely by her family—a secret as dangerous as the sea, and buried just as deep. When court appointed community service workers are assigned to Flukes, the family-owned animal habitat, everyone is on high alert. It doesn’t help that Meena finds herself attracted to sexy-as-sin Blake Weathering, one of the new workers. If he wasn’t so distracting, she might be able to land Flukes a much-needed cruise line contract.

Blake Weathering, the first in his family to attend public school, has developed a tough image. Unfortunately it lands him in trouble. Now banned from his high school graduation ceremony, getting his diploma is dependent upon a community service gig cleaning fish crap. No diploma, no trust fund fortune—and no way to escape his overbearing father. The last thing he needs is the distraction of a mysterious girl with teal eyes who pulls at his heart strings.

When Blake discovers Meena’s secret, they are both thrown into a desperate search for information about her past. Two worlds pull them in opposite directions, and they will have to fight to hold onto all that really matters.