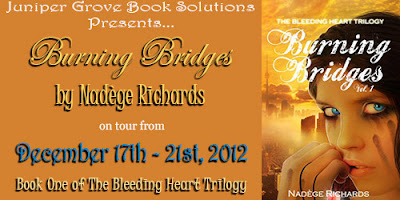 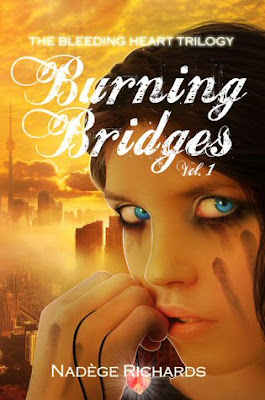 In a world that has been divided amongst the Hunter race and the Warrior, prisoners who have fallen prey to King Cyrus' decrees are forced into the arena to fight until death. Winner is granted mercy and privilege to see another sunrise. Death unto the weak. In an attempt to get back at everyone who has ever shut her out, seventeen year-old Princess Echo becomes another victim, dragging Ayden, her forbidden love, along in a race to freedom, to find out who she really is, and to put a world that has been swallowed by lies back together again.

In the first installment of The Bleeding Heart Trilogy, life becomes a dangerous game of kill or be killed, love or let go. When death threatens the forbidden love of an unlikely couple and they are forced to do the unthinkable, to what extent will they go to be together?

Excerpt:
I knew, without a shadow of a doubt, I was going to die tonight. There was no escaping it or any way around it. I couldn’t run from my destiny this time; I couldn’t hide. No, tonight I faced my fate in the chambers of death. The screams of the crowd in the arena filled my ears, the shouts of excitement and laughter boiling my heart down to nothing but untainted sorrow. I refused to open my eyes, but I could sense where I was by that rusty smell of metal and dried blood Father brought home with him every day. The shackles that bound my ankles and wrists to the wall confirmed it. I was a prisoner in my own home, my own Haven. I couldn’t fathom how in forty-eight hours my life had taken a complete three-sixty spin, but here I was, locked in the dungeon of my father’s kingdom, hidden from the world until it was my time to surface. 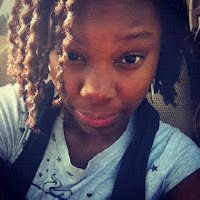 About the Author:
Born in New York City and raised in Pennsylvania, Nadege has traveled to five other states and two countries, but aspires to travel the world some day. Her name is of French origin, though she's never been to France. Forever a lover of art and all things pertaining to Literature, she hopes to obtain knowledge from her writing career, rather than popularity or fame. She wrote her first story about aliens and goats in the 8th grade and has had a passion for story-telling ever since. Her friends and family are her biggest inspiration, and the occasional cup of coffee. She enjoys being part of the Indie community and sharing her stories with the world.


Book two in the series releases December 22. How stunning is that cover!! 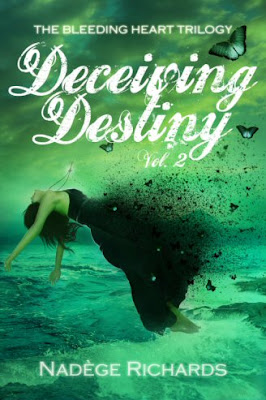 Synopsis:
When your destiny lies in the hands of your enemy, there’s only one thing you won’t do to save the ones you love...

Now free from the walls that confine New Haven, the place she had once believed to be her home, Echo must find a way to put an end to a war only she has the power to stop. She has yet to discover her true abilities as a hybrid leader, but what happens when the dreams that plague her become something more? Someone more? In the midst of exploring her love for Ayden and venturing through forbidden lands for a key that will explain everything, Echo finds Kahl—the boy that haunts her in her sleep, yet has the hidden answers she seeks. And Echo will do just about anything to get them.

In the second installment of The Bleeding Heart Trilogy, relationships are put to the test, dreams become desires, and ultimately one girl will discover her purpose in a promised legend written in stone.

Giveaway Details:
There is a tour wide giveaway – open World Wide! Prizes include the following:


Thanks so much for stopping by. Your comments are very much appreciated!!
Posted by YA Book Addict at 10:22 PM