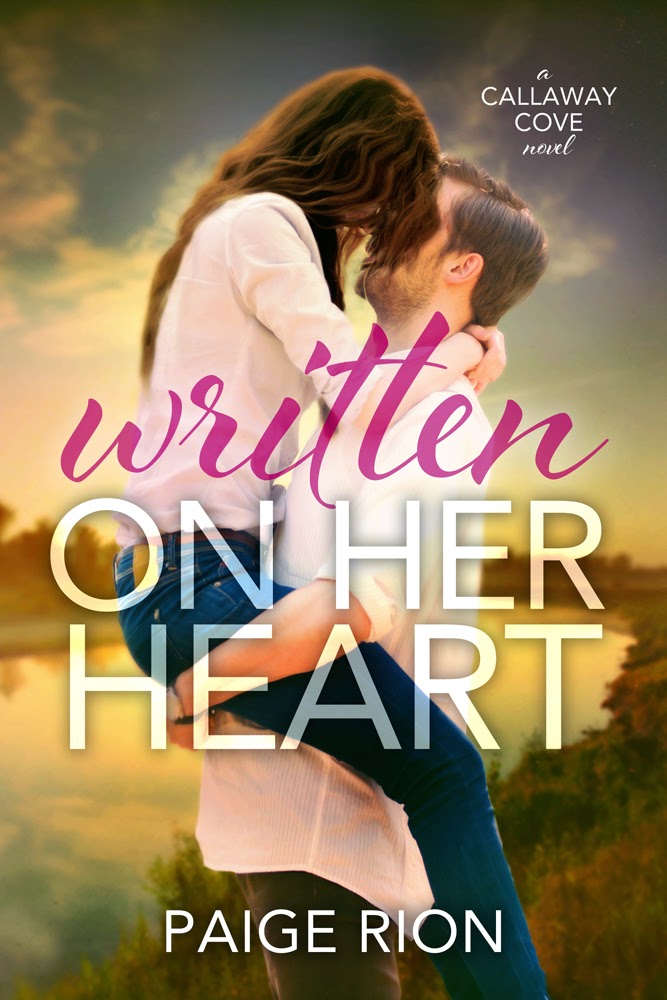 Andi Callaway has dreamed of becoming a published author her entire life.Ford Delaney has always wanted nothing more than to escape his past.An opportunity of a lifetime. This is what Andi finds when she returns home to Callaway Cove on summer break. A chance to work for her literary idol Ford Delaney is up for grabs, and she’s willing to risk everything—her boyfriend, her best friends, and her education—to get it.She’s positive this will be the key to reaching her dreams. But the moment she begins working for the reclusive author, Andi realizes there’s more to him than just a name. As attraction builds between Andi and Ford, she begins to discover consequences must come hand-in-hand with something great—which could loosen control over her tightly wound life. And once romantic sparks fly, Andi’s other relationships start to crumble, Ford’s fame comes back to haunt him, and the heat they generate will either forge a powerful, enduring love or threaten everything she holds dear.

"I just want my books read and for people to love them. For my words to be the last thing people read before they go to bed and the first thing they reach for on a rainy day. I want my books to be a reprieve, an escape."

Andi Callaway wants to be an author and when an opportunity presents itself to become an assistant for her favourite author Ford Delaney, Andi jumps at the chance. Working for such a talented author could be just what she needs to make the contacts to get a foot in the door when it comes to her own desire to make it as a writer. Little does she know that this job will impact almost all aspects of her life, from her friendships, to her relationship with her boyfriend, to her future as an aspiring author.

What an enjoyable read Written On Her Heart was. I really loved that the story centred around Andi's desire to be an author. She was so confident in her ability to write a great story and that was really refreshing to read. I also liked that for the most part she wasn't scared to speak her mind and stand up for herself, although it did take a little longer for her to achieve that with her boyfriend Peter.

She felt an inexplicable pull to him, as if he held an invisible string tethered to her somewhere deep inside.

I loved Ford. He was that boy with a bad past. The boy's whose been wronged and fallen on the wrong side of the tracks, only to work his way out of it all and make something of his life. He was driven and passionate when it came to his writing. The romance was slow building despite their almost immediate connection, but it was at just a perfect pace. Not too rushed at all. They had a great rapport with each other and I especially loved how easy Ford found it to confide in Andi.

Andi's boyfriend Peter had me a bit torn. There were times when I liked him and then times when I just felt a whole lot of blah about him. But as the story went on, I was so happy with the way things progressed with him.

One of my recurring thoughts while reading this book was that I didn't connect very much with Andi's two best friends Carma and Rachel. In fact there wasn't a whole lot that I liked about Rachel at all. If she was a friend of mine, I'd be changing that real quick. She was so self centred. Yeah, she was having issues in her life, but that doesn't give you the right to be a crappy friend. But despite the things she says and does, Andi seemed to readily forgive her pretty much all of it.

The authors writing was great and allowed me to get completely lost in the story and the time reading it just seemed to whizz by, and before I knew it I was done. The story wasn't all one dimensional and touched on some tough issues. And while this is a New Adult read, it was never overly wordy in describing the intimacy between the characters but still being able to portray the connections adequately.

I do have lots of questions left regarding some of the supporting characters. Having had some background into them throughout the book, their stories are left somewhat up in the air, so I'm assuming that the following books in the series may cover their stories. I'm definitely looking forward to finding out how things go. Written On Her Heart was a great start to the Calloway Cove series.

"I don't let people in, but with you it's easy... so easy. And it feels like I've known you a whole hell of a lot longer than I have. Like maybe I've known you forever, as cliche as it sounds."

About Paige RionPaige Rion is a contemporary romance author. She’s a mother, wife, blogger, hopeless chocoholic, coffee-addicted, wine-lover. Her debut, novel—a new adult romance—Written On Her Heart, is the first in the Callaway Cove series. The next in the series is to be released this summer. She loves connecting with readers on her blog and social media.Website l Twitter l Facebook 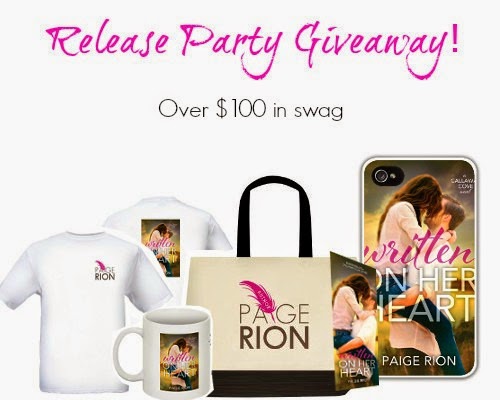 Prize 3
An exclusive WOHH iPhone 4 case. A white mug with genuine Paige Rion signature. Signed bookmark and mini Paige Rion candy box. (If winner does not have an iPhone 4, they will receive prize 4 and another winner will be drawn).

Due to shipping costs, US ENTRIES ONLY.

a Rafflecopter giveaway
Posted by YA Book Addict at 7:08 PM