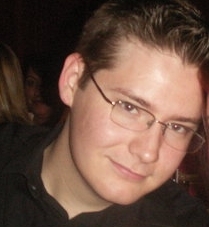 B.C. Johnson was born in 1985 in Southern California, and hasn't relocated since. He discovered a love for telling stories at seven-years-old, though those consisted of either fabricating expansive lies, or writing mostly plagiarized stories. Between then and now, he's worked a number of odd jobs, including machinist, lighting designer, demolitionist, sound mixer, receptionist, custodian, and museum events manager.
He currently works live theater, as the guy calling cues or making the lights flash. He lives in Anaheim with his awesome fiancée, Gina, who may or may not be some kind of angel, and his half-Corgi, half-Jindo dog, Luna, (or Luna-Tuna, to her friends.) When he's not playing video games, drumming on every surface imaginable, or spending way too much time reading tvtropes.org, you may find him writing completely not-stolen (he promises) stories. (Taken from Amazon) 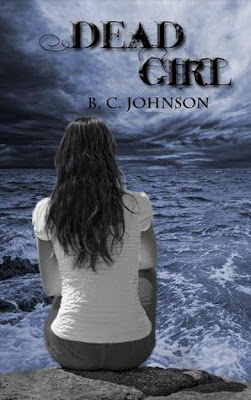 Deadgirl:
"You know how it is: go on a date, get killed, wake up the next morning. No? Just me?" - Lucy Day Fifteen-year-old Lucy Day falls between the gears in the machinery of the afterlife. She is murdered while on her first date, but awakens a day later, completely solid and completely whole. She has no hunger for brains, blood, or haunting, so she crosses “zombie,” “vampire,” and “ghost” off her list of re-life possibilities. But figuring out what she is becomes the least of her worries when Abraham, Lucy’s personal Grim Reaper, begins dogging her, dead-set on righting the error that dropped her back into the spongy flesh of a living girl.Lucy must put her mangled life back together, escape re-death, and learn to control her burgeoning psychic powers while staying one step ahead of Abraham. But when she learns the devastating price of coming back from the dead, Lucy is forced to make the hardest decision of her re-life—a decision that could save her loved ones...or kill them.

You can read my review of Deadgirl HERE


1. Why did you choose to write a book in the Young Adult genre?
I think it chose me. I'd been told a few times during the writing of my previous novel (which goes thankfully unpublished, because of all the suck) that I wrote in a Young Adult style. For my second book, the one that turned out to be Deadgirl (and my first published novel), I just embraced it.
I had a blast, too. I'd always been a Buffy the Vampire Slayer fanatic, and I realized I'd been training to write a young empowered take-no-crap girl my whole life.
2. Who is your favourite character you have written and why?
That's a tough one. They're all kind of my babies. My easiest character to write is Lucy Day - she's so loud I can practically hear her voice when I close my eyes. She belts her thoughts to me, and I just write 'em down. Daphne might be my favorite character in Deadgirl - writing crazy people is always really cathartic.
My favorite character to read is probably Luke Harris, one of the main characters of a High School Noir series of short stories I've been working on lately. He's got a very sharp, fast, perceptive take on life that I dig getting a peek into.
3. Describe a typical writing day for you?
I used to work 40-to-70 hours a week at another job and tried to cram writing into my schedule whenever I wasn't sleeping or eating, but I've since gone full-time writer and things have been a lot easier.
I'd like to say I start at 8AM every morning but then I'd be such a huge liar that my pants would literally explode into flames. I usually work from around 10am to 6pm. I save the beginning of the day for the actual writing - my brain just works better in the morning. Well, after liberal amounts of coffee and breakfast. I try to write a minimum of 1000 words, but I usually hit around 2500-3500 unless I'm in a real creative funk. After lunch, I do the marketing, the revising (if I've got a project on revision), the social marketing. That's also where I do the brainstorming for whatever my next project is. If I have time, I fiddle with the screenplay I'm working on.
The past week or so I've been working all day on the second draft of my new book, a sort of post-apocalyptic fantasy. I'm nearly done with it, so I've been revising all the live-long day in an effort to crank it out.
4. What are you reading at the moment?
Stephen King's "It." I watched the movie as a kid, and I loved it. Even if that clown scarred me psychologically pretty much forever. Stephen King is my favorite writer, so I've been rationing out his classic novels over long periods of time, just so I don't read them all in one month and then have to cry cry cry.
That movie was pretty faithful, I'm learning. However, now that I'm around 80% done, the book has seriously deviated to an even more disturbing climax. So that's fun. Pennywise is one of the most terrifying things because he's so petty and childish. Something with that much power acting petty is truly terrifying.
5. If you turned your ipod on now, what would be the song that is currently playing?
Honestly? If you hit play on my phone, you'd hear the dulcet tones of Kevin Smith and Scott Mosier doing the Smodcast Podcast. If you rolled over to my Pandora, you'd probably get either AC/DC's "D.T." or Jonathan Coulton's "Ikea." 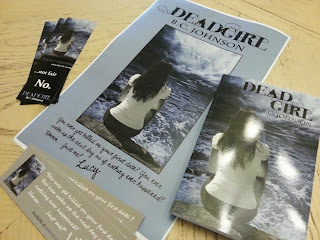