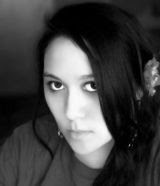 Tempest C. Avery recently graduated from college with a creative writing degree. Along with the Mirror Warrior Novels, she has a trilogy that she's been slaving away at. However, unlike with the M.W's, these books are for young adults. She loves to read and write, and TALK about reading and writing, so if you've read any good books lately, drop her a line! Questions and comments about her work is always appreciated, though try and be gentle. Criticism is great, as long as it's constructive. 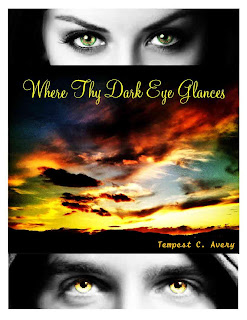 Where Thy Dark Eye Glances (The Dreamer Trilogy #0.5)
Three hundred years ago Lily Bryg was someone else. Now, she's dealing with demons from the past in the form of ghosts, fairies, and even a dream stalker bent on convincing her they belong together. As a witch, Lily has an advantage. But that all changes when she's summoned back to the third realm she she used to live. And where she died.With the help of a Shade, a tattoo artist, and her three best friends, Lily tries to escape the faeries out to get her, and the evil king who wants to make her his consort. Ronan will stop at nothing to have her back, and she'll stop at nothing to keep that from happening. Too bad her life isn't the only one on the line, and returning to Bevain might be the only way to save herself, and the world. 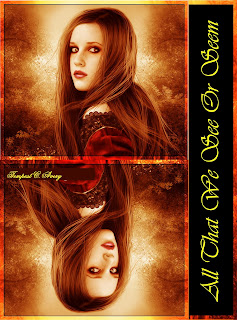 All That We See Or Seem (The Dreamer Trilogy #1)
Lily Bryg's just been sucked back into the realm where she was born. And where she died. Only problem is, that was well over three hundred years ago, and most of her memories of the place have disappeared. With an evil king out to make her his, and a prophecy looming over her head, can she and her friends find a way to stay alive and out of Ronan's clutches? Dodging witches, demons, faeries, dragons, and much, much more, the Four are just beginning to realize that having power comes with a lot of responsibility. And sacrifice. But one question stands out among the rest, haunting Lily through out the nights and days. Should she fight Ronan and risk everything, or should she give up her freedom to the gorgeous, yet wicked, king in order to possibly save her friends? 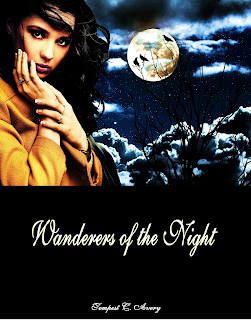 Wanderers of the Night (The Dreamer Trilogy #2)
Seventeen year old witch, Lily Bryg, is about to realize there's more to the three realms then she thought. In the past month she's fallen for a werewolf, met a dragon, and found out her life was depicted in an age old prophecy. Now, she needs to figure out how to get into Sidhe, the realm of the fey, in order to rescue a kidnapped friend, all while trying to win a bet she made with an evil king hell bent on making her his queen. Lily doesn't know if she believes in soul mates, but she's torn between hoping he isn't hers and being eerily drawn to him. With the help of her three best friends, a raven, and a white wolf she needs to put her heart aside and focus on fulfilling the prophecy. Everything she knows about faeries tells her they can't be trusted, but when her own coven starts to break apart she's forced to rely on anyone she can get.If Lily can't save her kidnapped friends and convince them not to fall under the sway of dark magic, she'll have to willingly go to the evil king Ronan. He's been trying to convince her they belong together for years, and she's starting to fear he might be right. Add in the four Horsemen of the Apocalypse and Lily's task isn't looking any easier. If that weren't bad enough, it turns out she's just got a penchant for werewolves. Can Lily over come the three realms, or will she succumb to the wanderers of the night before she ever gets the chance? 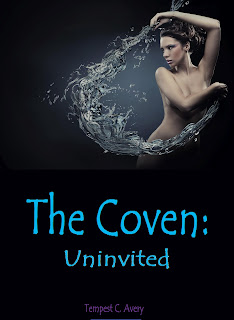 The Coven: Uninvited
There were twelve founding families in all. Six of them left. Six of them stayed. Caley Leora is a witch. Has been her whole life. Sometime's, she regrets living on Wes Melas, an island where everyone knows who she is, and what she is. But for the most part, even with the demon's and the spirits, she likes her life, especially since she's just recently been appointed head of her coven. Suddenly, though, her world's flipped upside down with the arrival of six new families, or old families, and they have a coven as well. And they are not alone. Now, Caley's got to struggle between her attractions to Shia, this new coven's leader, and Bane who everyone tells her is evil. Not only that, but there's a killer on the island, hell bent on taking over. Can Caley and the others put aside their differences, and their families pasts, in order to save their home, and possibly the world? Separate, they aren't nearly strong enough, but together, they can form the most powerful sect of witches on the planet. They can form The Coven.