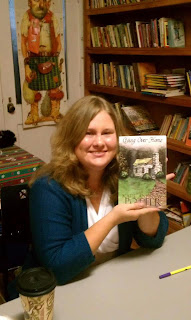 Katie Andrews Potter grew up in Carmel, Indiana and at an early age grew interested in her family history. She would (and still does) spend hours upon hours looking through old books and records searching for one more branch to her family tree. Katie has always enjoyed writing and has piles of old spiral-bound notebooks filled with stories. It was on one trip to an old cemetery in Brown County, Indiana in 2009 when the storyline for Going over Home popped in her head. What if you found your own name on a headstone?What would it be like to meet your ancestors? From that day on the story took a hold in her mind until it was fully formed.  Going over Home will be published on Amazon's Createspace this summer. Katie lives in Carmel (for now - she and her family are rehabbing a house on the near eastside of Indianapolis) with her husband, Ben and their 3-year-old daughter Eliana. She has her degree in Elementary Education and is currently working with people with disabilities. They also have a zoo of pets - 3 dogs, 3 cats, and 6 fish. 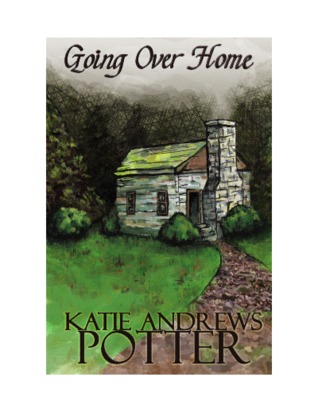 
Maddox's life changed the day she read her real birthdate: May 17, 1820. Not 1990, like she’d been told all along. Sure, there had been clues: her mother's old-fashioned style, the fact that her parents refuse to talk about her grandparents, but she never could have guessed they were actually from the past. And if that wasn't enough, now she has to go back in time to live for good. She has descendants living now, and if she doesn't go back their lives will never be.

Once she figures out how to go back in time, she struggles with the impending change her life is about to take, and her relationship with shy, unassuming Henry Yancey: the man she is supposed to marry. But if the decision to go back isn't hard enough, she soon finds out there is someone who will stop at nothing to keep her from going back, and he's running out of time. Will Maddie fall for Henry, and will she be able to make it back in time before the portal closes?

a Rafflecopter giveaway
Posted by YA Book Addict at 1:54 PM