WAITING ON WEDNESDAY #60: Of Monsters and Madness by Jessica Verday 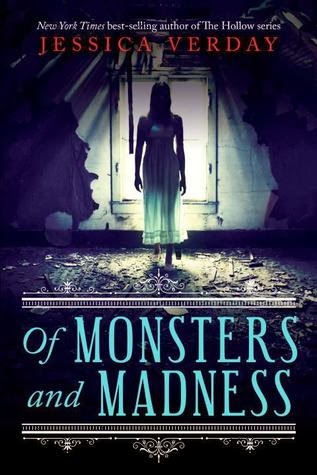 A romantic, historical retelling of classic Gothic horror featuring Edgar Allan Poe and his character Annabel Lee, from a New York Times best-selling author.Summoned to her father's home in 1820's Philadelphia, a girl finds herself in the midst of a rash of gruesome murders in which he might be implicated. She is torn romantically between her father's assistants-one kind and proper, one mysterious and brooding-who share a dark secret and may have more to do with the violent events than they're letting on.

Going with my vow to branch out a little in what I read this year, I'm going to give this one a try. I usually shy away from horror, but this one sounds really intriguing. And I've never read anything by Jessica Verday before, so I figure this is a good place to start.
What book are you patiently waiting for the release of?