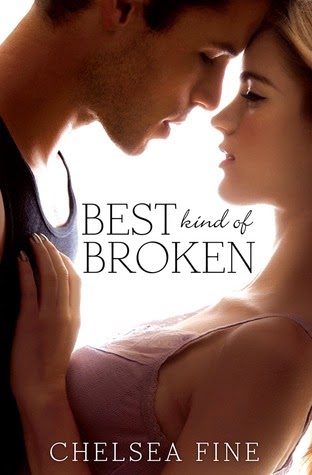 Pixie and Levi haven't spoken in nearly a year when they find themselves working―and living―at the same inn in the middle of nowhere. Once upon a time, they were childhood friends. But that was before everything went to hell. And now things are... awkward.All they want to do is avoid each other, and their past, for as long as possible. But now that they're forced to share a bathroom, and therefore a shower, keeping their distance from one another becomes less difficult than keeping their hands off each other. Welcome to the hallway of awkward tension and sexual frustration, folks. Get comfy. It’s going to be a long summer.

But here I am. Swimming in Levi's deep blue broken sea, and I'm drowning right alongside him, just as hopeless and helpless as he is. Two castaways in an ocean of pain, and we're not even clinging to each other for dear life. We're just watching each other drift to the ocean floor, where silence and blackness might swallow us whole and take away the sorrow.

The only Chelsea Fine book that I had read in the past was Sophie and Carter which I absolutely loved. Despite having her other books on my TBR list, I regretfully hadn't gotten around to reading them. Shame on me, because her writing is amazing, her characters in Right Kind of Wrong are flawed and real, and her ability to pull you into the story is superb.

Pixie and Levi were once friends, but after not speaking for almost a year, they are thrown together when they begin working at Pixie's aunts hotel. Sparks fly immediately. Emotions are laid bare as wounds are reopened. Can Two people who share such a sad past help each other to heal?

What is it about these broken, flawed boys that I can't help but fall in love with? Why am I so desperately and completely taken in by them? I think its that they have this passion about them. When they love, they love so completely, that it's impossible not to be immediately enraptured with them.

Best Kind of Broken was such a wonderful, one sitting read. Yep, I loved it so much, I couldn't put it down. It was so easy to get completely wrapped up in the story. I wanted to know and understand everything that had happened in the past and I wanted to see what was to come in the future.


She looks the way I feel most days. Hurt. Stuck. Desperate.

Both of the main characters are trying to deal with grief. A grief that is still so painful and raw. Levi is not a bad boy. He hasn't been constantly bedding women. He doesn't do drugs or get rolling drunk. He is sweet, kind, caring and loving. But he's been dealt a shitty hand and he carries the burden of what happened around in his head and his heart. He blames himself for the events that have lead him to being so closed off and feeling overwhelmed with guilt. Pixie is consumed with her own guilt and her own pain. Not only that, but she feels lost and abandoned.


Sexual tension is like a ruthless pigeon. Feed it once and it will follow you around forever. It never tires or goes on vacation. It just lingers. And it's lingering all over me every time I'm around Pixie.

Best Kind of Broken had so much heat. The chemistry between Pixie and Levi was amazing and real. These two share a past. They were friends on the verge of being so much more. They have a past full of happy times. Happy times that were shattered. They are both so closed off to each other when it comes to their feelings and the circumstances that have them at this point in their lives. But every now and then they would let that go and boy. They were so amazing together.

Apart from the heat, one of the things that I loved the most was their interactions. When they were on, they were so on. There was humour and wit. Everything that they did, they did passionately and that included their bickering.

I'm loving dual POV's more and more each time I read one. It's really the best of both worlds. To know the innermost thoughts and feelings of both main characters is a huge plus. So when an author chooses to go that way, they get a huge tick from me.

I loved Pixie and Levi's story. It was emotional. It was heartfelt. It was hot. Ultimately, it was a story of healing and forgiveness. This is a book that I will definitely be reading again.


He kissed me like he owned me. Like I was his, and his alone. And I wanted to be.


Copy received from the publisher via NetGalley.
Posted by YA Book Addict at 11:19 AM