REVIEW: This Is Now by Maggie Gilbert 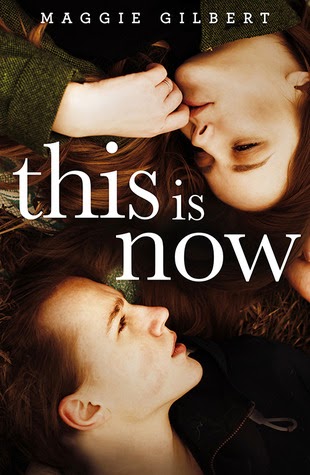 A gritty, urban New Adult Cinderella story where the princess can do her own rescuing — she just needs someone to believe in her.Sister to car thieves, ex-girlfriend to a drug dealer, high school dropout, no-hoper and loser — Jess is on the sidelines, watching her life become one epic fail. Her dreams of university are fading fast, as the people in her life fight to confine her to their own expectations. Then she meets Sebastien, a gifted cellist from a very different walk of life. Sebastien is clean and strong and talented. He likes and respects her, but he too has expectations. Sebastien seems to think she can do anything, and Jess, despite her fears and the secrets she hides, is starting to believe him.But just as Jess dares to hope, the secrets in her past and the lies in her present catch up with her. All seems lost and she has to make a choice. Between past and future. Between home and hope. Between now and never. And this is now.

Dream guy, oh yes he was, thank you God. I may not have done anything already to deserve a guy like this but I promise I'll do something that good sometime, somehow.

One of my favourite story dynamics to read is when opposites attract. Sebastien and Jess are almost as opposite as two people can get. But love doesn't care for such trivial things as wealth and social standing. It only cares for whats deep in the heart.

Jess has lived the life that's been expected of her. Dropping out of school, partying and drinking, drugs and sex. But when she looks around at her family, she is adamant that theirs is not the life she wants. An alcoholic mother, who settles for whatever man she can get, and drug dealing brothers who do a bit of stealing on the side. She wants a career and a better life than the one she has. So she sets out to finish her schooling, work hard and save money to set her dreams in motion. Then she meets Sebastien. And he sees in her the person that she wants to be.

Jess wasn't a character that I could instantly like. She seemed to sway between the two different guys that showed interest in her, depending on who she was with at the time. And without giving too much away, she does something that almost instantly turns me off a book. But I kept reading because we had the chance to meet Sebastian. Sebastian was so sweet and dreamy. A gifted musician from a well to do family. Their attraction is immediate, but it also wasn't love at first sight. It was a definite attraction which flowed into deep feelings. But I found myself consistently frustrated with Jess for not being honest with Sebastian. I could understand her reluctance to keep him separate from her dysfunctional family, but without honesty, a relationship just can't grow and flourish. But in saying that, while Sebastien's family seems perfect from the outside, they have their own secrets as well.


Imagine having parents that were so excited to see you that they didn't care about embarrassing themselves. Imagine having both parents. And imagine being so comfortable with them that extreme public affection didn't embarrass you.

I also found myself feeling really sad that Jess had such low self esteem. She constantly questioned Sebastien's motives for spending time with her or doing something nice for her, and almost sabotaged things before they had even really begun.

I love when an Aussie author sets their book in Australia. This is Now had so many little things peppered throughout that I could relate to and visualise so well. From the mention of places to the different shops that were talked about. Maggie Gilbert's pacing of the story was also spot on for me. It flowed so well. And the secondary characters added a nice layer to the story.

This Is Now was a quick read that I found I enjoyed for the most part, although it did fall a little short of my high expectations. Sebastian and the Aussie references and feel to the story are what kept me interested.


Copy received for review from the publisher via Netgalley.