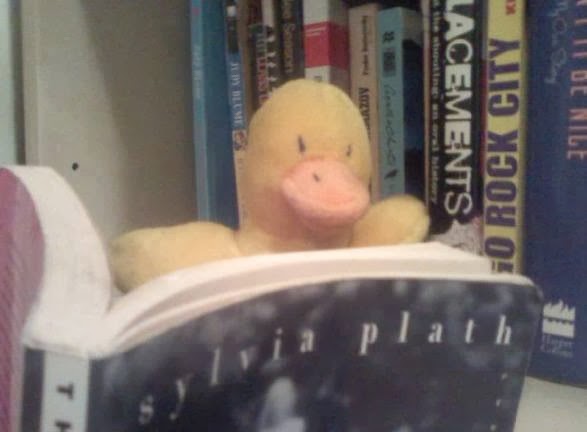 Aurora Zahni is a former rebel who’s trying to bring a little bit of Judy Blume and Sylvia Plath to the Twilight Generation. Over the years she has given half-assed / full throttle contributions to numerous zines and blogs, written a web movie and done significantly well in countless competitive eating events. When she was in the 8th grade, she was on the local evening news. A dead body was being lifted out of the water at a marina by the Meadowlands and you could clearly see her standing in the background watching, looking a bit excited for the camera. Looking back it may have been the highlight of her entire childhood. 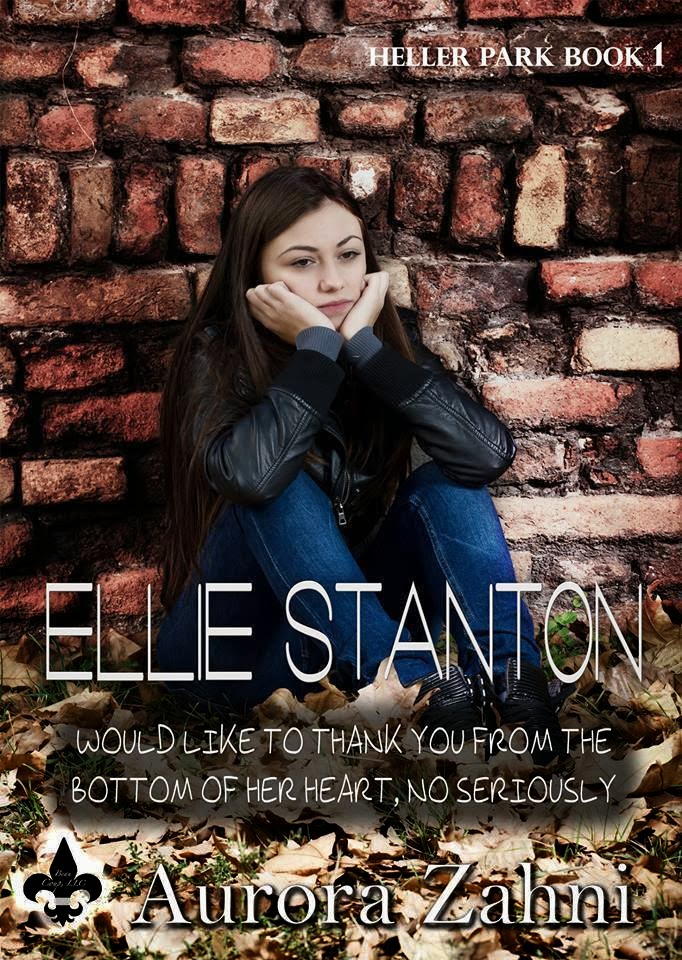 Book 1 in the Heller Park Series focuses on Ellie Stanton

An imperfect, unremarkable girl makes a hero’s journey. Ellie Stanton needed to have a good day. The universe had something else in store. Getting caught shoplifting. Check. Dumping her lame boyfriend. Check. Expulsion from school. Check. Getting kicked out of her house and then stealing her mother’s car while she’s in a New Jersey turnpike rest stop Cinnabon? Check. The only sensible option is to run as fast as she can and never look back. Now Ellie is running going cross country to raise a little hell and maybe along the way learn everything she needs to know about life.

"Why, oh why do you have to turn every confrontation with an authority figure into World War Four?" "Wait, you want to know, essentially, why I can't deal?" Hilary nodded emphatically, and Ellie continued. "Oh, that's easy peezy. We can all thank Mrs. Richards." "Who the hell is Mrs. Richards?" Hilary asked. "My kindergarten teacher. I will never forgive or forget that bitch." "Why? What did she do?" "I'm glad you asked. See, the first day of school, Mrs. Richards gave us a note to give to our parents, letting them know that parents were responsible for their own kid's snacks and drinks." A security guard and two Chickentown employees joined the audience. "So, Tammy, that's my mom's name for those who are new to the show here, she reads the first part of the note but not the second. That would be the part which gives examples of what appropriate healthy snacks and drinks are recommended. The word 'healthy' was underlined and in bold print. You can see where this is going, right?" She motioned toward Hilary, who smiled and nodded. "So Mommy Dearest stops off at Quick Chek on the way to school and grabs me a Mountain Dew and Twinkies." There was a collective groan from the peanut gallery. Hilary used the pause in the story to take some orders before allowing Ellie to go on. "Anyway, snack time rolls around, I open my Lion King lunch box and start digging in. Bitch Richards sees my Twinkies and comes flying at me like a hawk. She screams at me, throws away my Twinkies, and then walks me around the room pointing out examples of healthy snacks." "You're kidding me." Hilary laughed, picturing little Ellie being tortured by this teacher. "I would not kid you about snacks. It was like five full minutes of 'See, Ellie, that's a banana. Bananas are an example of a healthy snack.' Finally I snapped." "What did you do?" "I cried and smashed my lunch box against the chalkboard. When Mrs. Richards said she was calling my mom, I called her a big green bitch." The entire congregation in the restaurant giggled at once. "Why is that so funny? What the hell does that even mean?" "I dunno. She was standing next to a Statue of Liberty poster. It didn't make sense, but it was very effective as an insult. That was the first class I was ever kicked out of, and I've been a pain in the collective ass of the world ever since."
Posted by YA Book Addict at 7:23 PM