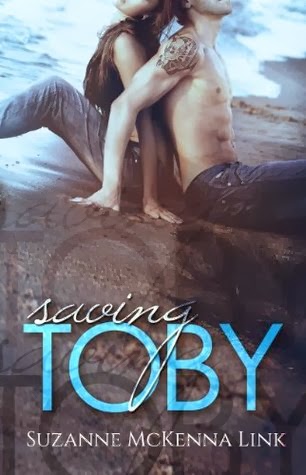 Loving someone through their hard fall from grace takes a lot of grit.
In school, Toby Faye was a moody kid who sat in the back of class and looked like he wanted to be anywhere but there. Claudia Chiametti, the perfect student, always sat in the front row. She might have forgotten him if it weren't for the fact that his family had been involved in two tragic events. In the small town of Sayville, Long Island, many knew of the family’s dark history.
Hired on as a caretaker to Mrs. Faye, Claudia is thrown into the lives of the widow and her son — a world where sadness lingers and old wounds run deep. Now twenty-one, Toby is not so quiet. A mass of muscles and unruly hair, he is a real head turner. He is jaunty with the confidence his masculine good looks afford him. While not immune to his sexual advances, Claudia sees beyond the cocky grin. Up close, his blue-grey eyes expose something else.
Despite her father’s stern warnings about the family’s violent history, Claudia is empathetic to their plight and vows to help both mother and son move past the hurt. This endeavor forces her to face situations she never imagines possible. She must be tougher than she's ever had to be. Does Claudia have the grit to love Toby through his fall?


Saving Toby, the author's debut novel, is the first book of a two-part story that follows the emotional and gritty tale of a young couple's journey to find themselves and the love they never dreamed existed.

*Due to some explicit scenes and language, this fictional story is meant for mature readers.

Suzanne McKenna Link is the debut author of SAVING TOBY. The literary love story follows the moving journey of a damaged young man and his love for a girl who might just save him. An avid interest in psychology has Suzanne digging deep into the reasons for her characters' behaviors. The native Long Islander is fascinated by the how and why of people's actions. As a result, her characters come to life on the pages.
Suzanne is currently working on "Keeping Claudia," the emotional sequel and finale to Saving Toby. To keep up-to-date on Suzanne’s newest writing endeavours.


We're going to be good together, Claude," he said. "I make the serious girl laugh, and you make the bad boy behave."

Loving the cover and synopsis of Saving Toby, I went into it with the highest of hopes, wanting a story that was going to grab me completely and thrust me into the story along with the characters. And thats exactly what I got.

Claudia Chiatmetti takes on the position of carer for Mrs Faye. She loves her job, and the more time she spends in the home of Julia and her son Toby the more she finds herself caring for them and becoming a part of their lives. But Toby has a dark past, and despite his efforts to leave that behind and become the person that he wants to be for Claudia, the past always has a way of coming back to haunt you.

Toby... Swoony, passionate, cocky, gorgeous, broken. I loved him completely. And there were so many many times that I was so completely frustrated with him. So much so that I wanted to throw my kindle across the room. Or smack Toby over the head with it. And then the very next minute I wanted to climb inside the book and just hold him and try to in some way ease the pain and hurt that he carried around with him. He's had such an incredibly hard and sucky life. At every turn there was drama and hurt, pain and suffering. But boy, does he have a temper and an innate ability to sabotage things by letting that temper get the best of him.


It was as if she had punched holes in my world, and all the bad stuff that had happened and the crap that I'd done in the past were being filtered out. I already felt different. I was on a new path. Maybe she was what I'd been searching for - the piece that would finally make it all come together for me.

Claudia was such a strong girl. She had her moments of weakness where she broke down, but she would always dust herself off again and get right back up. But about two thirds of the way through, she lost me for a little while and I thought she was pulling Toby's chains a little bit, and I don't even know if she managed to have me back by the time I got to the end of the book.

The stand out thing throughout this book was the level of reality. So many of the situations were so easy to visualize because of that very thing.  The pain, the hurt, the love, the grief, the anger and the attraction, are all things that we each deal with on a daily basis, so it was so easy to connect with the characters on the basis of pure, raw feelings. And the characters were flawed. We all have flaws and it's so much easier to relate and empathise with with characters who are so real.

The romance and relationship between Toby and Claudia was so special at times, and then so turbulent at others. When it was good, they were just so perfect together. Such opposite upbringings and home lives who had such a beautiful connection, despite their differences. So many ups and downs and so much to overcome. Then it could be volatile and crazy. They sure rode the roller-coaster of feels.

A book that managed to evoke so many different emotions rates highly with me, and Saving Toby had me experiencing so many feelings. But above everything else, I was gripped from start to finish. I was completely in love with Toby. My heart broke at different times throughout the book for both Toby and Claudia and they both had me wanting to give them a good shake at some stage.

This was so close to being five stars. So close!! But my frustrations in the last third of the book holds me back. I'm so desperate to take the next journey with Toby and Claudia and see what is in store for them in the next chapter of their lives.