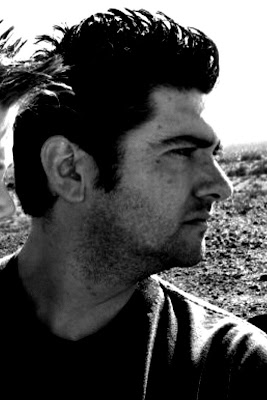 AUTHOR BIO: (Taken from Goodreads)
Music is LIFE and the written word is our SOUL. Music and writing have been my true ambition since I was a child. I have used music in every form possible; writing it, performing it, healing with it, etc. I call it my "life's soundtrack." I have always written in some form; from comic books to screenplays to short stories and now the new series "Ember." I have found a true passion for my stories and characters and am eager to share them with the world. See you on the next book tour.
CONNECT WITH MADISON: Twitter l Facebook 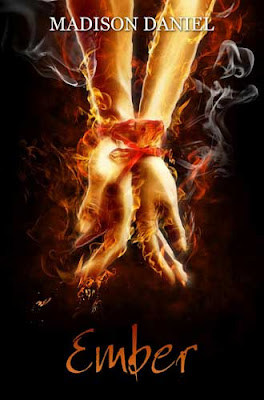 Love never dies...but it can kill.Ember is the story of Max Valentine, a teenager with secret abilities and many inner demons. His life revolves around music and his love for it. When his father dies he seeks answers with his last living relative, his fathers brother Frank. Frank lives on the island of Maui and eagerly takes Max in as his own. Max soon learns that healing his past will be more difficult than he could have ever believed. Two major complications will tempt and torment him as he tries to make sense of his abilities.The first temptation comes in the form of a mysterious island girl. Asia Lyn Michaels is rich, spoiled, angry and beautiful. Her path crosses with Max on the beach one afternoon, forever changing both of their lives. Max saves her life and she discovers his secret. From that moment on they are connected, no matter how much they fight it.The second temptation will test Max’s very soul. Samantha Ann Summers is sweet, artistic, smart and confident. She will help Max find his smile again and maybe even heal his past mistakes. She is possibly his soul mate and Max will fight that with every fiber of his being.Max’s temper and indecision with the girls will send in motion events that will cost him dearly. He will test the limits of his powers and the new relationship with his protective uncle. He will gain a powerful love and lose another.
CHECK OUT EMBER: Goodreads l Amazon l Barnes & Noble

FIVE QUESTIONS:
1. Why did you choose to write a book in the Young Adult genre?MD: Ember came to me one day at work, by accident. I just wrote it. I figured out where it fit in the genre scene later on. I personally think that the YA market has some of the best stories being told right now.2. Who is your favourite character you have written and why?MD: My fav is a new character named Neve. She will be making her literary debut Valentine's Day 2013. (That's all I can say about that. Shhhhh.) In the Ember series, Asia is my fav to write. She's so damaged and moody. So much fun!!!3. Describe a typical writing day for you?MD: Get up. Crank the music. Write. Dance. Write some more. Chow some grub. Dance again. Sing. Write again. Repeat til Dexter is on.

4. What are you reading at the moment?MD: Never have time to read anymore...but I am trying. Ever Shade by Alexia Purdy. Becoming series by Raine Thomas and I am about to start Creatura by Nely Cab. Also, a handful of shorts by upcoming authors.5. If you turned your ipod on now, what would be the song that is currently playing?MD: Just bought brand new Linkin Park "LIVING THINGS"...it's awesome so far. BURN IT DOWN!!!