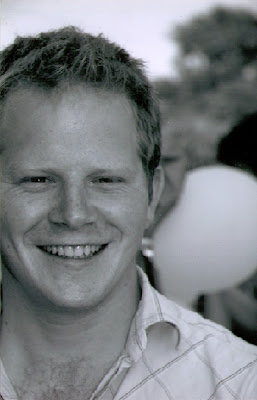 Author profile:Ben was born in 1979 and came out looking like an orange frog. His mum asked the midwife if they could put him back in, but apparently that's not possible.

Ben grew up in the village of Ilsington, on the edge of Dartmoor in Devon. He lived on a smallholding with his doting parents, two sisters, a brother and a menagerie of animals. It was chaos!


When he was 6 years old, the family television broke. It was never replaced and with no TV, Ben turned to reading ... a lot. He started writing his first novel aged seven or eight. It was called Diamond Blade and was more than likely rubbish! Ben has been writing ever since. The rest of his childhood was spent messing about and poking stuff with sticks.


Ben spent the summer of 1996 at Newquay Zoo in Cornwall. He wasn't one of the exhibits there, but he did help to develop an animal welfare programme. His research was aimed at making sure the meerkats were happy. Through a series of fortunate events, the project led to Ben receiving an invitation from The Queen to meet the President of Germany and The Prince of Wales to discussed promoting young talent in natural science. He had dinner at a palace, which was nice.


Ben is now a veterinary surgeon and a partner at the busy Paton and Lee Equine Practice in Essex. He gets up at 4am and writes for 2-3 hours before going to work each morning. He lives with his wife, Gillian, and their two dogs, Holly and Bubble. It is chaos! Gillian is a keen dressage rider and has competed at national level. She also runs the busy 'Walk to Canter' tack shop. 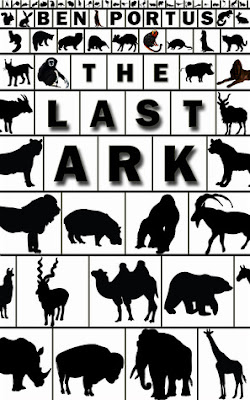 THE LAST ARK: Kidnap. Betrayal. A secret past and a lethal virus. Who do you trust when everything you know is a lie ... and the entire planet's at stake?Sammy Twice is a normal kid - that's what adults always tell him. Until his mum gets abducted in the dead of night. Then everything changes forever. Because Sammy has a hidden past. His home, his parents, even the person he is ... they're all a lie.And who is The Professor? Why is he stealing animals? What is The Ark? Sammy needs to find out fast. The countdown has already started. The flood is coming, and it will destroy everything on Earth.

You can find the author of The Last Ark on the following links...