WAITING ON WEDNESDAY #41: In the Blood by Sara Hantz 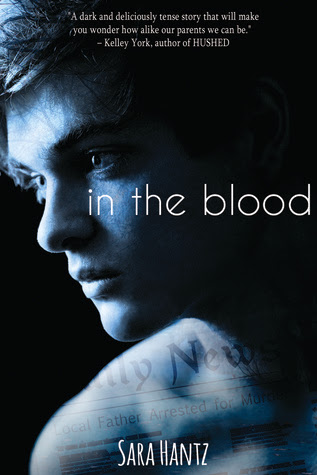 For seventeen years Jed Franklin’s life was normal. Then his father was charged with the abuse and murder of four young boys and normal became a nightmare.His mom’s practically a walking zombie, he’s lost most of his friends, and the press camps out on his lawn. The only things that keep him sane are his little sis; his best friend and dream girl, Summer; and the alcohol he stashes in his room. But after Jed wakes up from a total blackout to discover a local kid has gone missing—a kid he was last seen talking to—he’s forced to face his greatest fear: that he could somehow be responsible.In a life that’s spiraled out of control, Jed must decide if he chooses his own destiny with Summer by his side or if the violent urges that plagued his father are truly in the blood…

The first thing that grabbed me with this book was the striking cover. I love it so much!! As soon as I saw it I knew that I would want a physical copy to display on my bookshelf. Then the synopsis lays the foundation for a book that sounds quite dark. And a male protagonist. My absolute favourite. I love everything about this one. Hurry up November!!!
What book are you patiently waiting for the release of?