Today I welcome to the blog Chrystalla Thoma with a spotlight on her Elei's Chronicles series. There are some freebies for you to download and an excerpt at the bottom of the post. You can check out Chrystalla's other books HERE 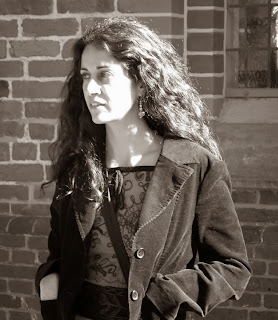 About Chrystalla:
Greek Cypriot with a penchant for dark myths, good food, and a tendency to settle down anywhere but at home, Chrystalla likes to write about fantastical creatures, crazy adventures, and family bonds. After having lived in France, England, Germany and Costa Rica, she now lives in Cyprus with her husband and enjoys wandering the countryside sampling local food and wine. She writes mainly fantasy and science fiction, primarily for a young adult/new adult public, and her stories have appeared in many magazines and anthologies.

Blurb:
In a world composed of seven islands in the middle of the ocean, an all-women Gultur race rules. Parasites create new human races, decimate towns and cities, killing the repressed mortals, but the Gultur are not affected, living in their private little world.

Elei is an aircar driver, and he leads a peaceful life – until a mysterious attack on his boss sends him fleeing with a bullet in his side. Pursued for a secret he does not possess and with the fleet at his heels, he has but one thought: to stay alive. His pursuers aren't inclined to sit down and talk, although that's not the end of Elei's troubles. The two powerful parasites inhabiting his body, at a balance until now, choose this moment to bring him down, leaving Elei with no choice but to trust in people he hardly knows. It won't be long before he realizes he must find out this deadly secret – a secret that might change the fate of his world and everything he has ever known – or die trying.

The series starting with Rex Rising follows Elei’s adventures as he figures out why the regime is after him, and as he discovers whom he can trust and why. Friendships are forged and betrayals discovered, and a girl, Alendra, manages burrow under Elei's defenses. Amidst all this, Elei and his friends discover that there’s much more to the seven islands than meets the eye. As the regime prepares for full-out war against the depleted forces of the resistance, he must find a way to use that knowledge to win the war and set the way for a better future.

Meet Elei – meek or aggressive, depending on which parasite controls him at the moment, Kalaes – protective and funny, unless the memories of his past torment him, Hera – pretty scary when her parasite controls her, and more quirky characters in a mad race against time set in a dystopian world.

The whole series is now available (Books 1, 2, 3 & 4). Book 1, as well as two short stories (Hera, Mantis) set in the same world are available for free.
You can also get a brief essay on the way the story was born for free: “Elei’s Chronicles: origins”. 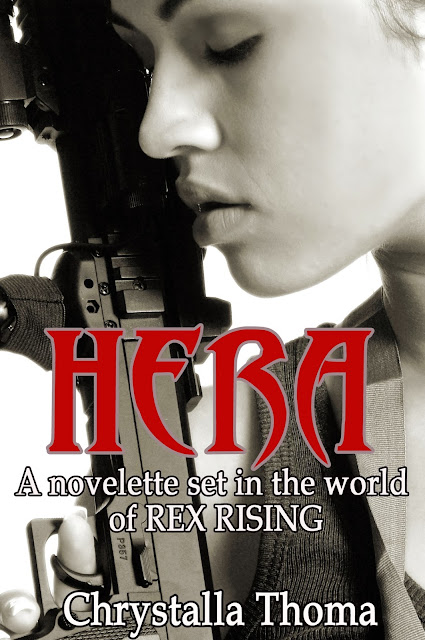 Hera (Elei's Chronicles #0.5)
Hera, member of the Gultur race governing the Seven Islands, thought she knew right from wrong and what her future held in store. A chance meeting with a lesser mortal, though, will turn her world upside down and force her to see her race and the laws with different eyes. For Hera, knowledge means action, so she sets out to put things right and change her world.
Taking place in the World of the Seven Islands almost three years before the events in Rex Rising, this is the story of Hera’s first confrontation with the truth. 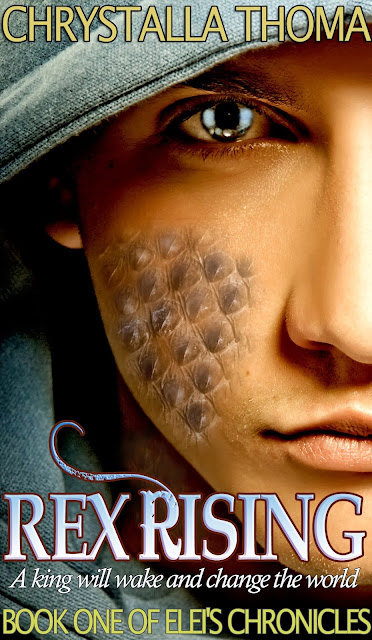 Rex Rising (Elei's Chronicles #1)
In a world where parasites create new human races, Elei leads a peaceful life — until a mysterious attack on his boss sends him fleeing with a bullet in his side. Pursued for a secret he does not possess and with the fleet at his heels, he has but one thought: to stay alive.


His pursuers aren’t inclined to sit down and talk, although that’s not the end of Elei’s troubles. The two powerful parasites inhabiting his body, at a balance until now, choose this moment to bring him down, leaving Elei with no choice but to trust in people he hardly knows. It won’t be long before he realizes he must find out this deadly secret — a secret that might change the fate of his world and everything he has ever known — or die trying. 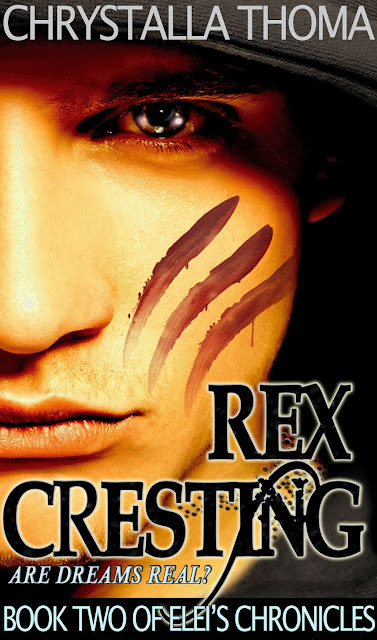 
Still recovering at a hospital on the north coast of Dakru, Elei is convinced that his part in bringing down the Gultur is over. Rex has infected the other race and their dictatorial system is starting to collapse. Not every Gultur, though, has been affected, and on top of that, inside Elei's body, Rex has matured and goes through another transformation. Elei isn't sure he can survive Rex's new strength -- but that may prove the last of his worries as the Gultur descend on him again. 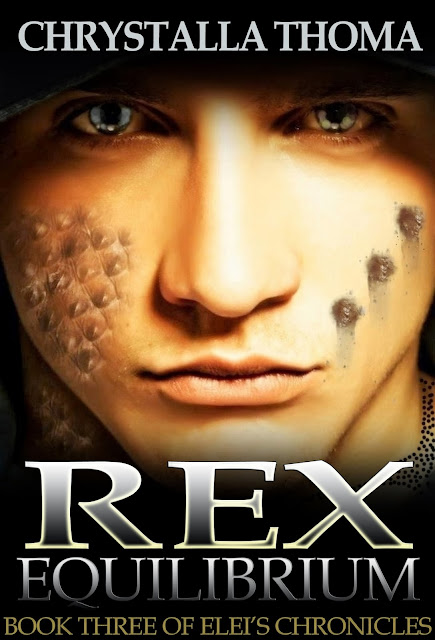 Rex Equilibrium (Elei's Chronicles #3)
A lot has happened since Elei fled his home island with a
bullet in his side and the Fleet on his heels. With the help of his friends, he's managed to disorganize the regime, run by the all-women race of the Gultur, and he's on a mission to bring peace to the Seven Islands.
Old secrets come to the surface, friendships are forged and betrayals discovered, and a girl, Alendra, has managed to take hold of Elei's feelings.
With a map that leads underground and the hope of toppling the Gultur regime, Elei and his companions seek a weapon to tip the balance of power. But unrest within the resistance means that this time they are on their own and, as if crossing a world torn by war while keeping Rex under control wasn't enough, Elei fears that before the end Alendra might break his heart. 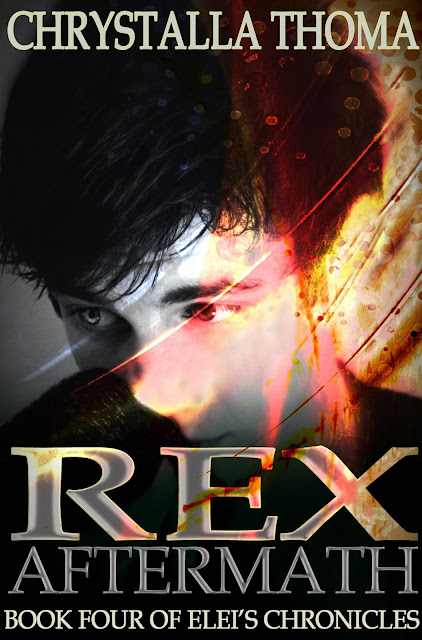 Rex Aftermath (Elei's Chronicles #4)
There is war on the Seven Islands. Elei and his friends have unlocked the weapons held underground, but the Gultur regime is not so easily put down. Mantis and his ragtag army of kids need all the help they can get. Elei, Kalaes and Alendra return to Artemisia to create a diversion, while Hera, Sacmis and Mantis attack Dakru City, in a final attempt to bring peace. But with a net of betrayal closing around them and Rex set against Regina in a final confrontation, the price might prove too heavy. 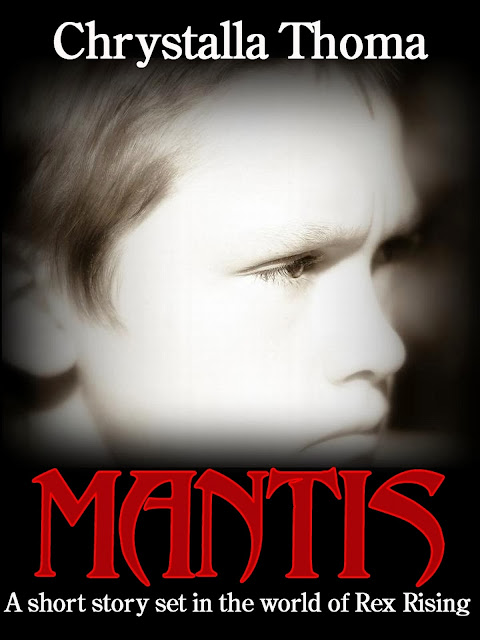 Mantis
Thrown into the sea, his memory of the last few hours hazy but slowly returning, young Mantis decides he can't die just yet - not before he has put up a fight and made the regime pay for killing the people he loved.This is the story of how Mantis met Kalaes and how Mantis started his journey with the resistance, a moment which leads to certain events in Rex Equilibrium (Book Three of Elei's Chronicles). 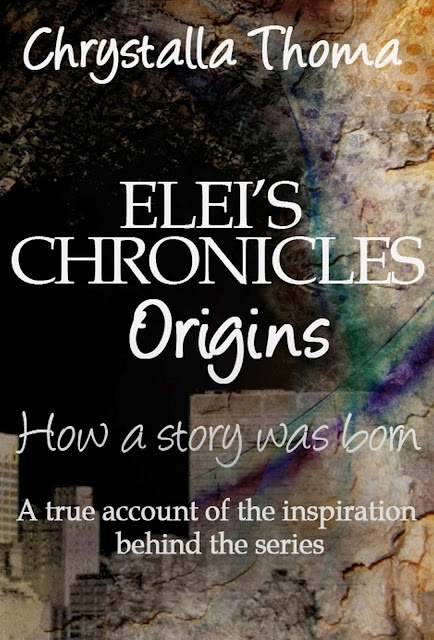 Elei's Chronicles: Origins
A short essay on the world-building and origins of the series Elei's Chronicles (Rex Rising, Rex Cresting, Rex Equilibrium, Rex Aftermath). For readers who have already read at least book 1 in the series.

Timmy shuffled papers and gadgets on his counter, whistling in between drags of smoke and keeping rhythm with his foot. Elei itched to silence him. Each sound was a thump inside his skull.
A door at the other side of the room opened and a guard poked his head inside. “Fia’s here, Mr. Timmy.” The whiz of an engine and suffocating dakron smell confirmed the arrival of Elei’s transport.
Timmy grinned. Sticking the cig back into his mouth, he strolled to the door and out to the street. “Fia, about time you showed up! I told you to stay close.”
Elei didn’t hear the answer, if there had been one, straining to push himself upright on shaky legs. The feat achieved, he leaned against the wall, blinking furiously to clear his eyes, and made his limping way outside.
The aircar was medium sized, easily twenty-six feet long and twelve feet wide, able to fit seven to eight passengers. It looked as old as Timmy’s telespeak, repaired and patched over, rusty in places. The name had been painted over but was still visible: “Ker IX: 298.” An old military aircar.
Timmy was there, looking pleased with himself. He helped Elei up the first rung of the ladder and patted him on the arm. “Have a good ride!”
Whatever. Elei kept a death hold on the rail as he climbed, not trusting in his battered body. Jaw clenched against the pain, he finally reached the deck. The door to the cabin loomed open. Elei entered. Two yellow nepheline chairs were the only furnishings, their covers split in places. A rolled newsprint lay on one of them.
“Are you in?” a cheerful voice called from the driver’s deck. A woman’s small face appeared at the cubicle’s opening — a mop of chestnut hair and a dark, intense stare full of curiosity.
“Yeah.”
Hands braced on the armrests, he lowered himself gingerly into a chair. Outside the large windows, the street stretched, wide and full of other aircars. The overcast sky hung right over the buildings like a dirty sheet. He leaned his head back. The last stretch.
Then Fia revved up the aircar engine, which sputtered and coughed. The vehicle lurched forward, almost throwing him to the floor, and he grabbed the armrests when it swerved wildly to avoid the white façade of a Gultur office building.
Elei held onto his seat, teeth grinding together, as Fia sent the aircar in a zigzag trajectory, hurtling through the streets of Krisia, barely avoiding other vehicles and buildings. Another swerve, and another, and then, finally, thankfully, they were out onto the heavenway and heading toward the north.