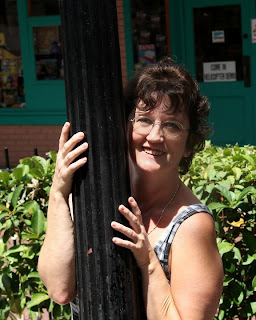 Author Bio (Taken from Goodreads):
I was fascinated with the paranormal when I was very young. I always felt like someone was around me even when I was alone. Then right before I turned 23 I "died" in a car wreck. It was only for a minute and they got me back pretty fast. But even so, I remember it all. I rose up to the ceiling and realized I was not in my body any longer. Then next thing I knew I slammed back into my body. That experience caused me to start "ghost-hunting."I use to love to write short stories in school and always wanted to be a writer. But raising children and working jobs I just could not find the time to indulge my passion. Then my children grew up and I ended having two teenagers at home who did not need as much attention from me. I started toying with the idea of writing once again. So setting aside 5 to 10 minutes per day to write at least one page I could end up with a book a year. Now Paranormal Properties is published and I have a list of 8 more books to write. I don't think I"ll be slowing down anytime soon. 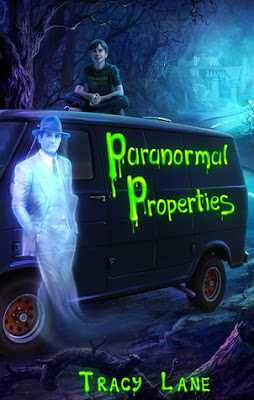 Paranormal Properties
Jake Weir, while on the set of his parents ghost hunting TV show, agrees to help a ghost investigate a 61 year-old murder.Jake Weir is not like the other kids in Dusk, North Carolina. Then again, Dusk, North Carolina is not like other cities. Known as one of the most haunted cities in America, behind Salem, Massachusetts and New Orleans, Louisiana, Dusk is ground zero for Jake's ghost hunting parents.The Weir family has arrived in Dusk eager to scope out some of the town's 127 reported "paranormal properties," which just happens to be the name of their own ghost hunting show: Paranormal Properties. What Jake doesn't know, and what his parents could never imagine, is that Jake can see ghosts! And hear them. And talk back to them! This talent comes in handy when he runs into Dusk's oldest, most famous ghost: one Frank Barrone, a one-time lounge singer made famous by his booze-soaked ballad, "Barroom Eyes."Frank was gunned down by a local mobster in 1951 and has been searching for his killer ever since. When he learns that Jake can see and hear him, Frank makes young Jake a deal: if Jake will help Frank find his killer, Frank will help his parents find a ghost to film for their upcoming Halloween Special on Public Access Channel #319. Jake enlists the only friend he's made in Dusk, an overweight tomboy nicknamed "Tank," to help him track down Frank's killer. As clues emerge and old leads heat up, Frank and Jake learn they make quite a team. But will Jake find Frank's killer? And will Frank find a real haunted house in time for Halloween?