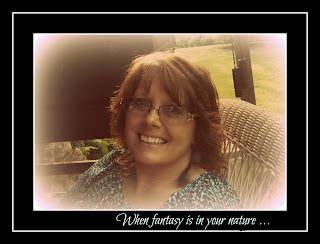 Dale Ibitz was born in Oxford, Connecticut, grew up in the state of Washington, and then re-located back to Connecticut as an adult where she studied English at Central Connecticut State University. She never left, choosing Connecticut as her permanent home where she’s been writing fantasy for seventeen years.
Dale’s a fan of hiking and the outdoors, and she never, ever starts the day without chocolate and coffee (preferably together). If you were to visit Dale’s house, you'd meet her husband, 2 kids, their dog Lea (most people simply refer to her as The Beast), their cat Luna (affectionately known as Loony Luna), a gaggle of ducks, and a flock of hens ruled by a tyrannical rooster they call The Stump, or Stumpy. How he got his name is a long story...maybe she’ll tell you sometime. 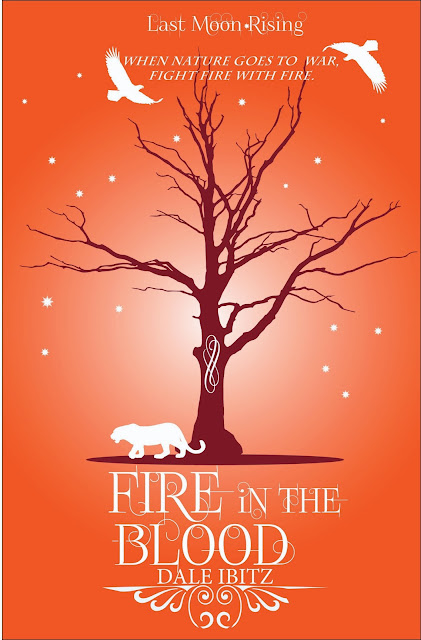 Fire in the Blood (Last Moon Rising #1)
Global warming is playing havoc on Earth, and when 17 year-old Haley tumbles to a parallel world, she discovers that Earth's issues stem from a war between the Eyids, the gods of nature. Because her necklace is a stone that holds the power of the Air Eyid, Haley is called upon to help stop the war. But Haley has a problem. Actually, two problems. One named Tuggin, and one named Ian. Both lie to her. Both have secrets. And neither are who they say they are. With her stone of power, Haley's forced to make a choice that will decide the fate of all the worlds. But who should she trust, who should she fight, and who is the one with fire in his blood bent on betraying them all? 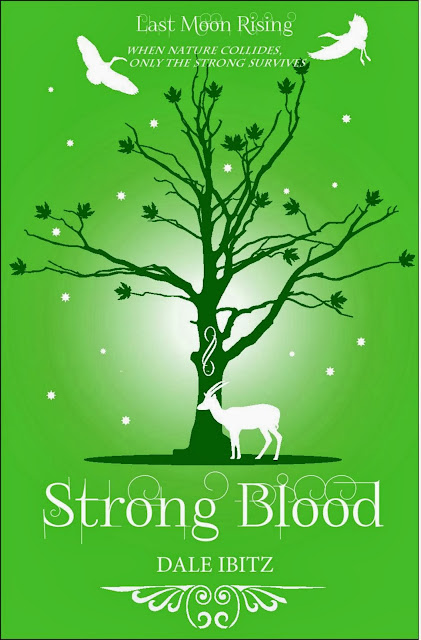 Strong Moon (Last Moon Rising #2)
The war between nature's gods continues to rage on Eyidora and Haley, descendant of the Air Eyid, struggles with her own battles.She's mired in a battle with Ian, the Fire Eyid descendant, over the lost Eyid stones. She needs the stones to stop the war, and he needs the stones to destroy Eyidora. She knows where the Land Eyid stone is hidden, and she races to Tamoor to find it before Ian does. Haley still doesn't trust Tuggin, the stone-faced Eyidoran assigned to protect her. As a Menta witch, he's adept at lying, mind-control, and killing. Even though Haley is starting to believe that Tuggin may be serving more than one master, she continues to battle her feelings for him, never sure which duty he feels most inclined to serve.But Haley's biggest battle of all comes when she meets Luke and Telsa, twins with undeniable strength. Haley invites them to join her on her mission to find the Land Eyid stone. Has she put her trust in someone who may be just as dark and dangerous as Ian, the descendant of Fire himself? 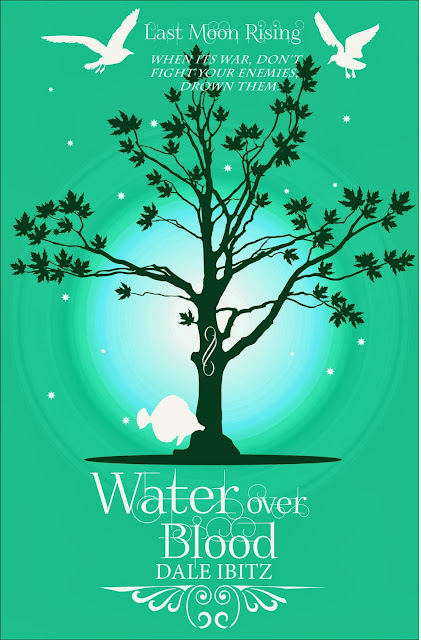 Water Over Blood (Last Moon Rising #3)
Darkness. Pain. Loss. This is what seventeen-year-old Haley feels when waking up in a damp, gloomy cave. She doesn’t know who or where she is, nor does she remember that she is Eyid-emos, a descendant of the God of Air. All she knows is the dark angel, Dane, who comes to her rescue, making her feel safe and protected. It’s from Dane, descendant of the God of Fire, that she learns she’s looking for the lost stones of power to end the war between the nature gods. But the safe feeling doesn’t last long. Dark memories of a gorgeous blond guy name Tuggin begin to haunt her, and Haley realizes on some levels she’s fighting against remembering. There’s something both endearing and frightening about the hall-god with the cold, blue eyes, this stranger who she remembers as being both kind and brutal, who’s one of the hated witches on Eyidora, and who holds deadly secrets. When Haley and Dane meet with Tuggin and his companions, everything changes as they hunt for the Water Eyid stone. They need to work as a team to end the war, but suspicion and rivalries run rampant in the group. Will Haley be betrayed by the one person she trusts the most?

Two winners will each receive a copy of the three books in the Last Moon Rising series.

a Rafflecopter giveaway
Posted by YA Book Addict at 7:59 PM