WAITING ON WEDNESDAY #45: Learning Not to Drown by Anna Shinoda 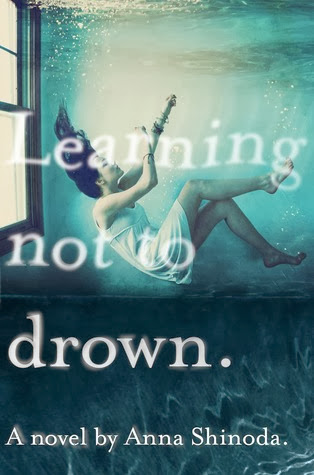 Family secrets cut to the bone in this mesmerizing debut novel about a teen whose drug-addicted brother is the prodigal son one time too many.There is a pecking order to every family. Seventeen-year old Clare is the overprotected baby; Peter is the typical, rebellious middle child; and Luke is the oldest, the can’t-do-wrong favorite. To their mother, they are a normal, happy family.To Clare, they are a family on the verge of disaster. Clare: the ambitious striver; Peter: the angry ticking time bomb; and Luke: a drug-addicted convicted felon who has been in and out of jail for as long as Clare can remember—and who has always been bailed out by their parents.Clare loves Luke, but life as his sister hasn’t been easy. And when he comes home (again), she wants to believe this time will be different (again). Yet when the truths behind his arrests begin to surface, everything Clare knows is shaken to its core. And then Luke is arrested. Again.Except this time is different, because Clare’s mom does the unthinkable on Luke’s behalf, and Clare has to decide whether turning her back on family is a selfish act…or the only way to keep from drowning along with them.Debut novelist Anna Shinoda's raw, gritty, powerful novel cuts right to the bone and brings to life the skeletons the lurk in the closet.

I'm a sucker when it comes to realistic YA fiction. Books that involve drug use, while I find them incredibly hard to read, I devour. I always end up at the end of the book asking myself how someone goes down such a path. Learning Not to Drown sounds like it will be an emotional read. I can't wait!!
What book are you patiently waiting for the release of?