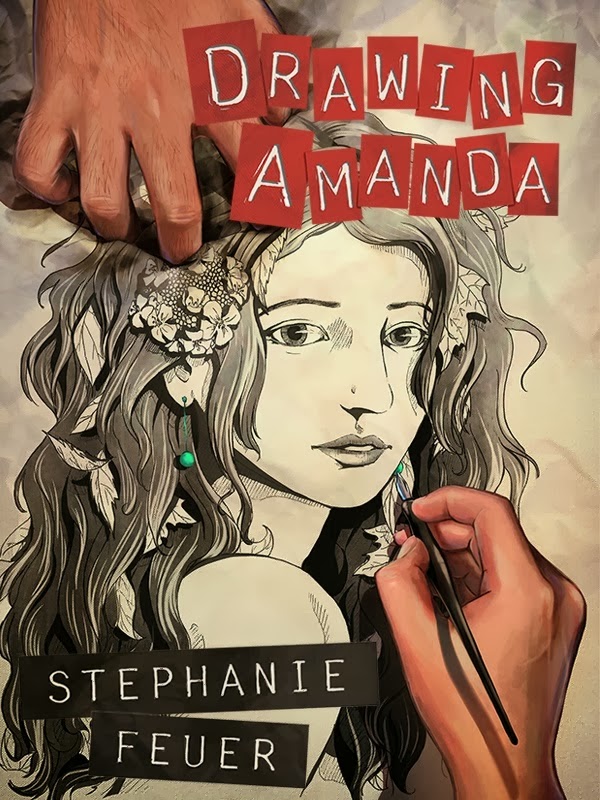 Inky draws his crush for a game–and paints her into real danger. DRAWING AMANDA is set in the under-parented, high-expectation world of a Manhattan international prep school. Fourteen-year-old budding artist Inky Kahn is still smarting from the death of his father. He thinks he’s found his big break when he bonds with the developer of a new computer game and snags a coveted drawing assignment, for which he uses his secret crush–Amanda–as a model. But unbeknownst to Inky, the developer has a dangerous past, and is using his computer game to lure and stalk teenage girls. And Inky has inadvertently led Amanda right into his path. Blinded by his own ambition and sulking from his father’s death, Inky hides from the truth. Will Inky, with the help of Rungs, his cybergeek pal, discover the treachery in time and save Amanda before the creep ensnares her–or anyone else?

About the Author:
Stephanie Feuer’s articles and essays have appeared in The New York Times, The Boston Herald, on bettyconfidential.com and in numerous anthologies and literary magazines. She serves as creative nonfiction editor of Conclave, a Journal of Character.

DRAWING AMANDA is her first published book of fiction.

Stephanie earned her Master’s in Journalism and Communication from Boston University, and her B.A. in sociology from Hamilton (Kirkland) College.
She lives in New York City with her husband, teenage son, Tibetan Terrier and an out of control collection of books and CDs. 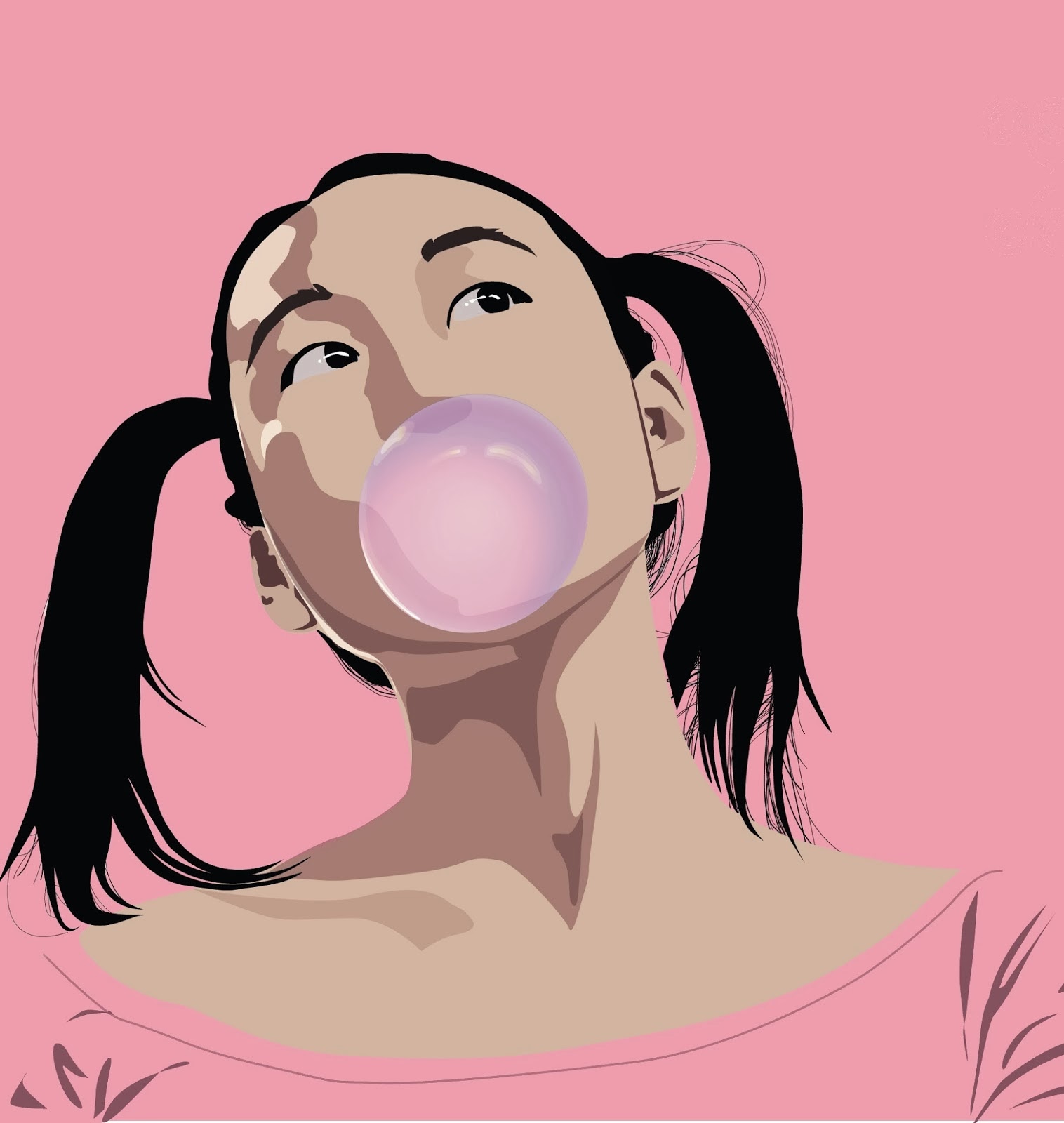 About the Illustrator:
S.Y. Lee received her BFA in Illustration from Syracuse University. Her work has been featured in children’s books, textbooks, magazines, and on iPad® apps. She currently lives in New York with her two goldfish, One Fish and Two Fish. You can see more of her work on her online portfolio: http://callmelee.com

What inspired this book?
DRAWING AMANDA started, as so many creative endeavors do, with a “what if” moment. When an FBI officer spoke to parents at my son’s school about internet predators, most parents asked questions about how best to check up on their kids’ activity.

Not me. I got stuck on the part about these trolls using imagery to break down the inhibitions of the youngsters they were trying to lure. I wondered who was behind the artwork.  What if it was a high school kid? And so DRAWING AMANDA was hatched.

The main character in DRAWING AMANDA is an artist. Do you draw?
No, it is something I’ve always admired in others. That’s why I feel so lucky to have illustrator Sunny Lee. But I have exhibited some of my photography and I’m an incorrigible doodler.

What’s one thing that readers would be surprised to find out about you?
For a practical person (read: Capricorn) I give a lot of credence to astrology.

What are your favorite genres to read?
I read contemporary YA, nonfiction and literary fiction.

What books/authors have inspired you?
Of course there was HARRIET THE SPY and A WRINKLE IN TIME. More recently I’ve loved Laurie Halse Anderson’s THE IMPOSSIBLE KNIFE OF MEMORY, Jennifer Donnelly’s REVOLUTION, Neal Shusterman’s THE UNWINDS and anything by Chris Crutcher, David Levithan, Mathew Quick, Sarah Darer Littman – I could go on and on.

Other authors I love – and learn from are: Paul Auster, Russell Banks, Amie Bender, Jennifer Eagan, Mark Kurlansky, and Francine Prose. In another life I read Frederic Exley, Hunter Thompson and William Burroughs.

What were you like in high school?
Active -- debate team, high school newspaper, literary magazine, basketball and swimming, local and national politics. And incredibly insecure.

Was there a defining moment during your youth when you realized you wanted to be a writer?
The desire was always there and it helped that I got good response to my writing from teachers early on. But you need to have something substantive to write about – that I had to grow in to.

You have the chance to give one piece of advice to your readers. What would it be?
Don’t worry about the ‘shoulds’ from other people, or let them impose their timetable.  Look inside to find your own path.

Were you always a writer, or did you start off in a different career?
I’ve been lucky enough to have several awesome gigs including workings as a radio dj and newscaster, handling pr for Scholastic and running marketing programs at The New York Times. Now, in addition to writing, I manage a website for a healthcare company.

What was the first job you had after college?
I worked on a statistical computer program for some professors at Cornell.

What do you love most about writing?
When it is going well it is totally transporting -- better than yoga or meditation. And through your characters you can travel anywhere and do all manner of things without getting laughed at or arrested, or even leaving home.

What’s your writing routine?
Routine? I wear a lot of hats, so I have to juggle writing in with my day job, family and friends, gym time, etc. Which means I tend to write late at night. I always have a work in progress, and keep at it as regularly as I can.

What inspires you the most as a writer?
Writing for teens – I love all the mess and intensity and integrity of teenagers.

What advice would you give aspiring writers?
Listen, read, and mostly just write. And when you discover your story and your voice, find a good crit partner, a community of writers, a class – just someplace you can share your work to get affirmation and feedback.

If you could have a super power what would it be?
To know what people are really thinking (maybe that’s why I write).

What can’t you live without?
Besides books? Coffee.

Where can readers stalk you?

a Rafflecopter giveaway
Posted by YA Book Addict at 8:52 PM