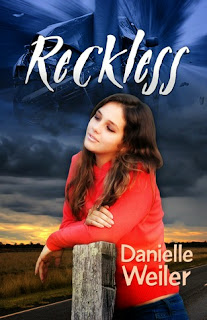 Synopsis:
‘Are you going to ask me in?’ he replied, a cheeky smile forming on the edges of his lips. Then he leaned towards me conspiratorially. ‘We aren’t strangers, you know.’

Milly Benton wants it all to go away. Wants to flip the bird to the nightmares and her parent’s grief and the incessant questions about when she’s going to make something of herself.

But when her parents exile her to the country, Milly has to cope with her annoyingly helpful aunt and three cousins instead. Bitter at the hand she’s been dealt, Milly has stopped dreaming of a future.

In steps Jerome with his tormented blue eyes. Familiar from her childhood and as broken as she. They need each other. But how can they forget?

Excerpt:
If I were to have another life, I think I’d want to be a rhinoceros. They seem very honest. Make like a rhinoceros, and tell the truth, I imagined myself as an old monk in an orange jumpsuit telling a young girl who looked like me. Otherwise spear the bastard with your horn. So I took my own monk advice and told Pierre how I felt. I guess I shouldn’t have been surprised at the fucker’s nonchalance.
‘What can I say? I’m not used to virgins.’ He sat on my bed with my laptop on his lap, typing away, and didn’t even look at my face. ‘I’m used to women who know what they want, and take it.’
I didn’t understand; this was the opposite to how he had treated me last night. Last night he’d seemed genuinely concerned about me.
‘I’m not like that,’ I said quietly. I sat in front of him, wishing I could reach out and slam the laptop lid on his fingers, to force him to give me his full attention. But I felt too vulnerable.
‘Yes, I can tell.’
I blushed with shame. I was feeling more and more inadequate, like I was sinking into a pit of quicksand. How was I supposed to know what was normal or not in the bedroom?
‘Well you’re going to need to be more patient with me if you ever want me to enjoy it,’ I told Pierre quietly, looking down at my hands.
‘I can try, I suppose,’ he said, with an intense look on his face. Then he shifted his gaze to me, taking me in, and his lips curled into an easy smile. ‘We can have lots of practice.’
My lips matched his in a relieved smile. I reached for him, feeling the weight of his strong body as I pulled him down onto me.
***
Have you had sex yet? I ask Christian one night at the beach, and he looks up from his lap at the crashing waves.
Why do you want to know? he replies, taking another mouthful of wine.
Because. I haven’t, I say, throwing the truth straight out into the water.
Good. Keep it that way, he says. It’s a different world out there for guys and girls.
How?
He shrugs. Guys get a pat on the back for landing themselves a girl. Girls get called a slut. People don’t like to admit it, but it’s true.
That’s not fair, I say, knees drawn up, resting my chin on my crossed arms.
No. It’s not. But it’s how it works. Guys treat you differently after they’ve had sex with you.
Do you treat girls differently?
He changes positions in the sand.
Honestly? Yes. I know you’re going to think I’m like all the other guys, but I’m your brother. So trust me when I tell you to keep your jeans zipped for as long as possible if you want a good rep.
He hands me the wine to distract me. Then he puts his fist to the top of my head and rubs. Hard.
Stop it! I hate noogies! I scream, trying to peel his fist off my burning head.
Seriously, Mill, he says, letting me straighten up my new afro and taking the wine back. Don’t be a slut. 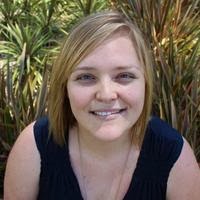 Danielle Weiler loves all things written. She has her best story ideas in the middle of the night when there’s no chance to remember them the next day. Her first YA novel, Friendship on Fire, was published in 2011. Reckless is Danielle’s first novel for new adults. She has lived and taught high school in New South Wales and Victoria but prefers the sunny weather in Perth. She is kept company by her husband, son and naughty cat, Ginger.