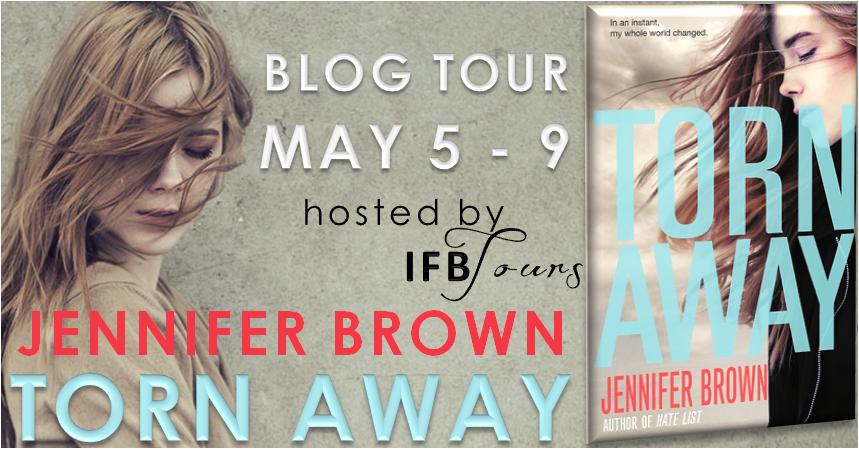 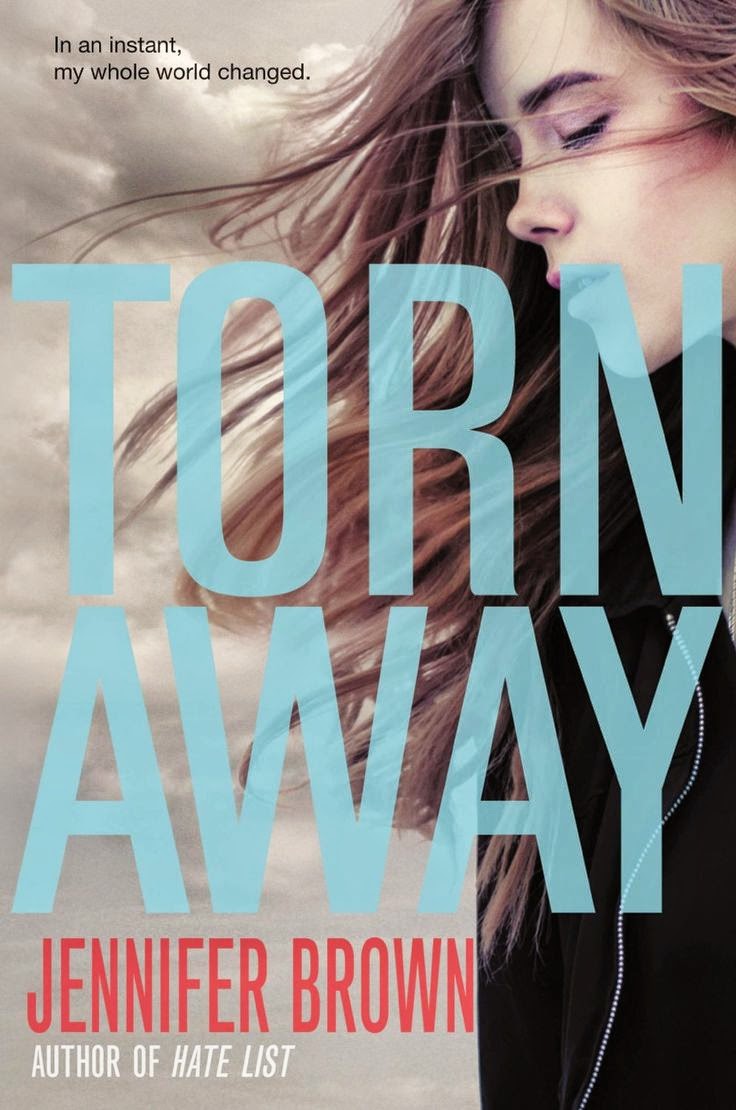 Born and raised in the Midwest, Jersey Cameron knows all about tornadoes. Or so she thinks. When her town is devastated by a twister, Jersey survives -- but loses her mother, her young sister, and her home. As she struggles to overcome her grief, she's sent to live with her only surviving relatives: first her biological father, then her estranged grandparents.
In an unfamiliar place, Jersey faces a reality she's never considered before -- one in which her mother wasn't perfect, and neither were her grandparents, but they all loved her just the same. Together, they create a new definition of family. And that's something no tornado can touch.

My first Jennifer Brown read and she had me riding the full gamut of emotions. Me heart experienced so much throughout this story. This book was devastation and heartbreak. Right from the very first page, I could feel the tragedy that was going to occur. It was like it was jumping out of the pages and grabbing hold of me trying to get me ready for what was to come. We all think that we have time to say the things we want to say and do the things we want to do, but how do you cope when that is taken away from you so suddenly?

I live in a part of the world where tornados just don't exist, but when I see the reports on the news, of towns that have been destroyed by nature, my heart can do nothing but ache for the loss and devastation experienced by those affected. I cannot imagine what it must be like to live through something like that. I have even more trouble imaging what it would be like to lose more than one member of your family as well as the life that you've known. How do you go from having so much, to having almost nothing?

I didn't even know who I was anymore, and it hurt to feel myself changing. I wanted my life back. I wanted so much that I couldn't ever have, and everything felt so horrifically unfair and frightening and sad, it took all I had to keep control. I felt like I was slipping away.

For me this book is built on Jersey and her experiences and emotions. Every one of her emotions were also mine. I was there, right smack bang in the middle of everything right alongside Jersey. I experienced it all with her. The fear, the disbelief, the loss, the unknown, the heartache and the grief. Everything that she did felt so real and true to her situation. One of the things that ripped my heart apart was Jersey's attachment to Marin's purse. That one thing there showed me what Jersey was feeling and dealing with while at the same time managed to break my heart.

Torn Away had some real stand out characters that were a part of Jersey's life. Her friend and neighbour Kolby was so sweet and caring. He wasn't in the book a great deal, but he really had an impact on me. And then there were her Grandparents. What beautiful people. Their love and willingness to do whatever they could to help Jersey deal with her loss and grief was one of the highlights of this book for me.

Jennifer Brown has written a story that is just so realistic. I could picture everything so clearly. Her words were the perfect ones to pull me into the story. While the journey was incredibly heartbreaking, it also showed how people pull together in times of adversity. It showed strength and courage and hope.

While you go and add Torn Away to your TBR list, I'm heading off to add everything else that Jennifer Brown has written to my bookshelf.

ABOUT THE AUTHOR
Two-time winner of the Erma Bombeck Global Humor Award (2005 & 2006), Jennifer's weekly humor column appeared in The Kansas City Star for over four years, until she gave it up to be a full-time young adult novelist.
Jennifer writes and lives in the Kansas City, Missouri area, with her husband and three children.

a Rafflecopter giveaway
Posted by YA Book Addict at 8:52 PM