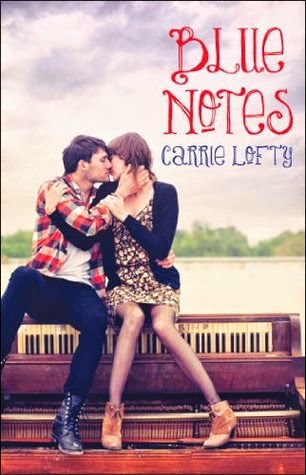 Synopsis:
For fans of Jamie McGuire and S.C. Stephens, a sizzling new adult novel featuring the tumultuous relationship between a young piano prodigy and a reluctant billionaire playboy—set against the vibrant backdrop of a New Orleans college campus.

After being bounced from foster family to foster family, Keeley, a talented pianist, is ready to start over as a junior at Tulane. But when she plays a small concert that attracts the attention of Jude, a brooding playboy and heir to an enormous fortune in the wake of his parents’ tragic death, suddenly Keeley’s life is thrown off balance once again.Jude is the first person to confront her about the pain behind her music, and she struggles with whether or not to let him into her life, or to keep protecting herself from the hurt that relationships have caused her in the past. But Keeley’s about to learn that the melancholy young billionaire who appears to have everything can open her eyes to exactly what she needs…


"Turn me on, sugar," he says, smoldering and daring. "Just you and that piano."

As soon as I saw this book on Goodreads, I had to have it. Did you read that synopsis? How perfect does it sound? It was on my mind all the time. Not always at the forefront, but tucked away in there somewhere desperately waiting for it to be released. I had built it up so much in my head, that I was almost scared to read it and have it disappoint me in any way. But when I finally had it in my hands, I jumped in feet first ready to fall in love. And boy, did I fall in love.


My music is ...private. It's a hole in me where anyone can look inside. It's a damn bathroom door that won't lock. The keys aren't my friends when I'm so pent up. It's only afterward, when I write down what's flowed through me, that I feel in control again. The music doesn't own me then. I own it.

Keeley is an exceptionally gifted pianist, although she can't stand the spotlight. But she wants nothing more than to make music her career. So she enrols as a junior at Tulane. After a run in with the wealthy Jude Villars, she has to admit that he rattles her. Even more so when he comes up with a proposition for her that sounds just too good to pass up.


He's a vortex, or a planet with it's own powerful orbit. He's gravity and the tide. There's no denying any force of nature that powerful. Jude is one of them.

Jude was imperfectly perfect. He was brash and he had a touch of arrogance about him. But there was something about him right from the very start that I loved. Even when he was being cocky and a little bit of an arse. There were times he was infuriating Keeley with his words and even then, I loved him. And didn't I swoon every time that he called her sugar!! But under all of that, he is carrying a whole load of pain and responsibility. He was flawed perfection.


My gasps make his smile even wider. Yes. Just like he said. He's learning me. I'm a gasping, writhing road map, and the man does love to explore.

The chemistry and heat between Jude and Keeley was amazing. Somewhere along the way the lines become blurred. Jude begins opening up to Keeley and letting her into his past. Sadly, she doesn't do the same. She keeps her secrets very closely guarded. Secrets have a way of coming out. Will Jude be able to overlook everything that Keeley has kept from him, and will the feelings that they've developed be enough to overcome it all?

I really loved the growth of the characters and the development of the beautiful friendships throughout the story. Keeley and Jude both have such amazing strength which is such a stand out by the end of the book.

Carrie Lofty needs to write more New Adult, because she does it so awesomely well. I loved Blue Notes from the first page to the last. Her writing is beautifully descriptive and her characters were likeable as well as being relatable. The pacing of the story was fantastic. So much so that I was so engrossed, I was at the end of the book before I knew it.


"Touch me there. At my nape."
I'm a melty puddle of guh before I take my next breath. 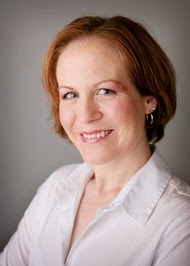 Author Bio:
Since 2008, RITA-nominated and RT Reviewers’ Choice-winning author Carrie Lofty has over twenty books to her name–or four names, to be precise. Her paranormal (as Lindsey Piper ) and historical romances from Pocket have been described as “nuanced and superbly realized” (The Chicago Tribune) and “sexy, brutal and somehow innocent” (All About Romance). Now Carrie is celebrating her first New Adult romance, Blue Notes , featuring a shy piano prodigy and a New Orleans playboy shouldering his family’s crumbling empire.

During her junior year abroad, Carrie lured an unsuspecting Englishman to the Midwest, where she’s kept him a happy ex-pat for sixteen years. With two pre-teen daughters and a master’s degree specializing in the Old West, Carrie is a movie buff, a former ballroom and bellydancer, and a woman in desperate need of a maid service.