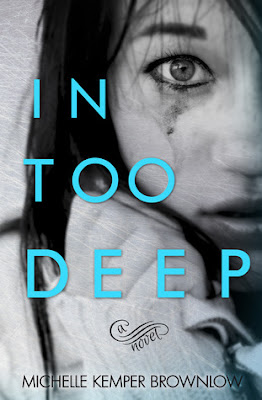 In Too Deep by Michelle Kemper BrownlowPublication date: June 6th 2013by Sapphire Star PublishingGenre: New Adult Romance
Synopsis:
Long- Gracie has just finished her freshman year of college in Memphis when she takes a job at a local pizza joint in her home town of McKenzie, Tennessee. She is the epitome of innocence when she meets Noah. Noah is unabashedly handsome, intriguingly reckless and just cocky enough to be sexy. Gracie’s instincts tell her to stay far away from him and based on the stories she hears from her co-workers he leaves broken hearts in his wake. But still, she can’t explain her fascination with him.Noah puts aside his bad boy ways when what he thought was a summer crush has him unexpectedly falling in love. But soon after Gracie transfers to UT Knoxville to be with Noah, their unexpected love becomes riddled with anger, deceit and humiliation.Jake, Noah’s former roommate and Gracie’s best friend, can no longer be a bystander. Gracie’s world falls out from beneath her and when she breaks she turns to Jake for strength. As Jake talks her through a decision she’s not yet strong enough to make, together they uncover a truth so ugly neither of them is prepared for its fallout. Will Jake pull her to the surface or is Gracie Jordan finally In Too Deep?
Book Links: Goodreads / Amazon 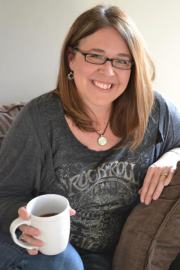 AUTHOR BIO
Michelle Kemper Brownlow has been a storyteller her entire life. Her debut was on the high school cheerleading bus granting requests to re-tell her most embarrassing moments for a gaggle of hysterical squadmates. Earning her Bachelor’s degree from Penn State University in Art Education and then marrying her very own “Jake,” she moved to Binghamton, NY where she taught high school. After having two children she quit work and finished her Master’s degree in Elementary Education at Binghamton University.The Brownlow family of four moved to Michelle’s hometown of Morgantown, PA while the children were still quite young. A few years after moving, her family grew by one when they welcomed a baby into their home through the gift of adoption. The family still resides in PA, just miles from where that high school cheer bus was parked.Michelle has been an artist for as long as she can remember, always choosing pencils and crayons over toys and puzzles. As a freelance illustrator, her simple characters play the starring roles in numerous emergent reader books published by Reading Reading Books.“Writing is my way of making sense of the world. When I give my characters life on the pages I write, it frees up space in my mind to welcome in new stories that are begging to be told,” says Brownlow.

We can all see the effects of physical abuse. It's there, visible on the skin to see. What is much harder to grasp is the effects of mental, verbal and emotional abuse. Words and actions are incredibly powerful things,. They have the ability to make us soar or to plunge us into the depths of despair.

In Too Deep is the story of Gracie. She is a good girl. In a long term relationship with her boyfriend, she meets bad boy Noah. She has been warned about him. Warned about his aggression and his womanising ways. But Gracie sees a side to him that nobody else has and she finds it impossible to stay away. She gives herself and her love to him completely. Gracie is a character that wears her heart on her sleeve. She cries a lot. When's she's happy. When she's sad. She loves deeply and is forgiving to a fault. There were definitely times I was desperate for her to stick to her word and get rid of Noah. But letting go is not a quick and easy process.

It's incredibly hard to like a character that has so few good traits. Noah has everything going for him on the outside. He is gorgeous, sexy and popular. But it's whats on the inside that counts and that is where Noah is lacking. He is multi layered in his flaws. He has moments of being uncaring and aggressive. Periods where he is distant and detached. Times where he seems to take great delight in the pain he has caused Gracie. But then he has periods of sweetness which allow us a look at the man he could be. And it's those times that keeps Gracie hanging on and hoping for more of that man that she loves. And I admit, there were times I hoped for it too. But with each display of Noah's uncaring character he slowly lost me little by little as well.

Jake was, for lack of a better word, hot.
*
I wish you could see yourself through my eyes. I wish you knew your worth. I wish I could protect you from this pain. I wish you knew how truly beautiful you are and how much more you deserve.

And through all of the hardships with Noah, is Gracies best friend Jake. He is her constant. He is there for whatever she needs, whenever she needs it. He is the complete opposite of Noah. Yes he has the outer package but it's his heart that is the difference between him and Noah. Jakes heart is full of goodness. He is caring and loving. He is a man that loves with a passion but treats Gracie with respect and as an equal. He was a true shining light in this book. A perfect friend. A perfect lover. Just perfect in every way.


My body landed softly, somewhere. I was finally in so deep that I reached the bottom. There's no air on the bottom. People suffer here.

Throughout the book the author lets us feel Gracies pain through the concept of drowning. These were snippets of Gracies suffering and showed us the depths her mind and heart sank to throughout the book and were such a fitting way to show us her depth of despair.

Michelle Kemper Brownlow sure knows how to write a heart wrenching story. She's created a group of characters that are full of real life experiences. In Too Deep is an emotional but at times sweet read. Someone also told me that there is going to be a sequel. Oh I hope so!! More Jake!!! If you love a good, deep, realistic story the give In Too Deep a try.


You can follow along with the rest of the tour HERE