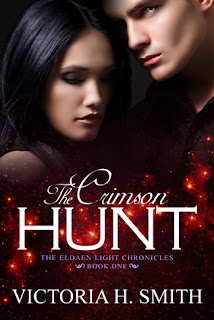 Series: Eldaen Light Chronicles, #1Publication date: November 8th 2012
Synopsis:College junior Ariel Richmond is working on year three of Project Normalcy.Her house reeks of keggers past and her bestie is just a slight bit vulgar. But the thing is—they both aid in making life refreshingly uneventful.So much for hard-earned mediocrity when Luca Grinaldi appears on the scene.Luca’s sudden presence on campus is hard to ignore. Those bright eyes act like a beacon to unsuspecting females, and with features like his, he’s got to be moonlighting for GQ. Luca hopelessly captivates Ariel with his confidence and charisma, but the mysteries surrounding him make him nearly untouchable. And just when Ariel grows close enough to unlock his secrets, a tragic event sends her life in a downward spiral.That steady life is no longer an option and allies quickly become scarce. The mysterious Luca seems to be the only one willing to help her—but with that trust comes the burden of his secrets. He has a dark mission of otherworldly proportions, and is willing to sacrifice as many lives as it takes to see it completed.Gone are the days of simply maintaining normalcy, and if Ariel isn’t cautious with her trust, so soon may be her future.

We sat in peace, watching the water. Buoys bobbed in and out of the waves. And a white wooden lighthouse shined a rotating spotlight in the distance. The Earth seemed to stop in that moment, the night sky both soothing and tranquil.
Nothing and no one could break our serenity here. I felt millions of miles away from the party. I didn’t want to go back. I just wanted to take in my surroundings with him by my side.
Luca’s gaze veered from the water and focused on me. “Ariel, may I ask you question? A personal question?”
I was surprised by his request. But with the peacefulness of that moment calming me, I would have told him anything. “Yeah.”
He looked up at the sky. “What is it you dream about when you think of your future?”
I was taken back by the question, but recovered quickly. “I don’t know. I guess that I’ll be happy, wherever I am.”
He glanced back my way.
“Isn’t that what anyone wants?” I asked.
My answer sent a smile to his lips.
“What about you? What do you dream about?”
The lights of the sky took away his gaze again. “I dream about many things. So many they cannot be touched by a single answer.”
His response held a bit of sadness I didn’t understand. He looked back at me, and something in his stricken expression made me feel like he wanted to say more, but didn’t know how. 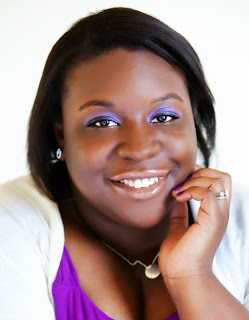 AUTHOR BIOVictoria H. Smith has a Bachelor’s Degree in Political Science. She puts it to good use writing romance all day. She resides in the Midwest with her Macbook on her lap and a cornfield to her right. She often draws inspiration for her stories from her own life experiences, and the twenty-something characters she writes give her an earful about it.In her free time, she enjoys extreme couponing, blogging, reading, and sending off a few tweets on Twitter when she can. She writes new adult fiction romance in the sub-genres of science fiction, urban fantasy, and contemporary, but really, anywhere her pen takes her she goes. Her new adult science fiction romance, The Crimson Hunt, will be published November 2012.